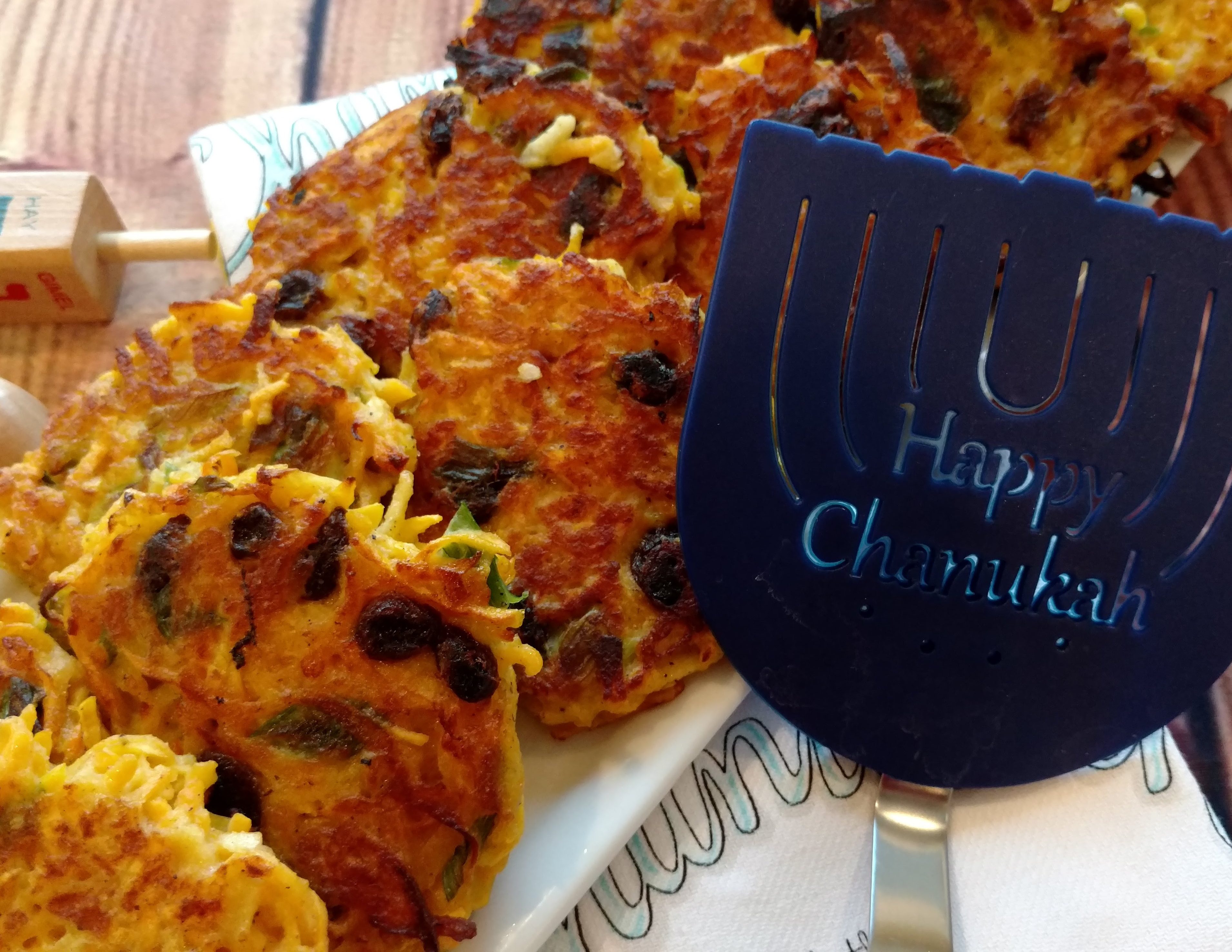 Let’s start with the basics

The Great Latke Roundup was born a long, long time ago.  I originally developed the Hash Brown Potato Latke recipe for the Chicago Tribune all the way back in 2011 when dinosaurs ruled the earth.

The article had 8 different variations of Hash Brown Potato Latkes, one for each night of Chanukah. 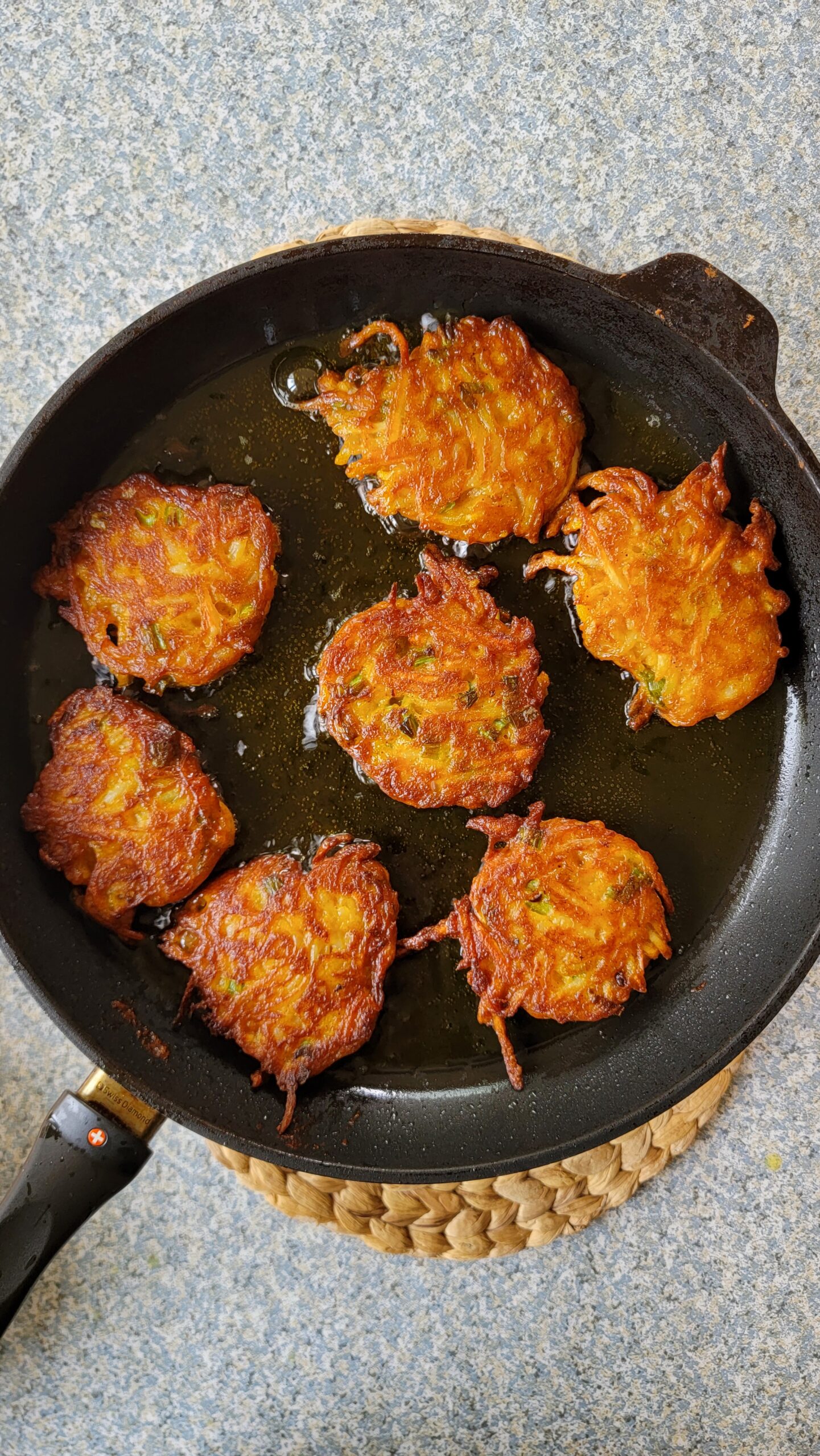 Use hot peanut or avocado oil when frying to get the crispiest latkes.

The Hash Brown Potato Latke recipe was so popular I actually got a letter and a call from Simply Potatoes thanking me for publishing an article about their product.  Many stores in the area sold out of Simply Potatoes.

If you’re looking for something akin to a really really big latke, check out my Hash Brown Potato Kugel recipe!

I’ll post the original recipe below, but here are some simple creative variations: 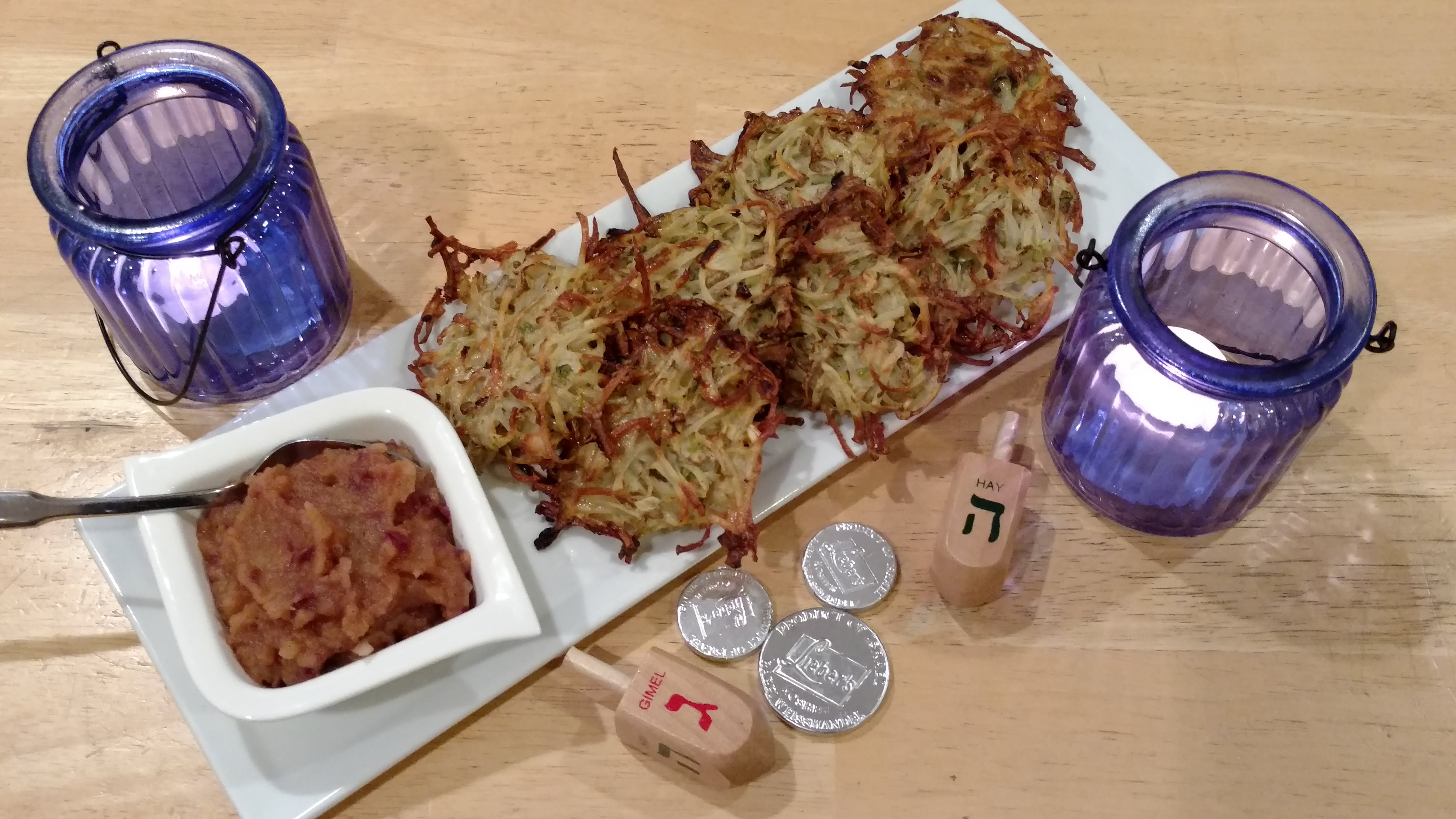 I get by with a little help from my friends!

Here are some great latke recipes from some of my culinary buddies!

Darcy has a Sephardic background and used the Original Hash Brown Potato Latke recipe as a starting point.

For less heat, use only 1 green chili and reduce the red hot chili powder (or cayenne) to 1/4 tsp.

LOOKING FOR THE PERFECT CHANUKAH GIFT?

If you’ve been searching for the perfect Chanukah Gift, search no further!   My cookbook, “Shabbos Under Pressure – Cooking with Pressure = Pressure Free Cooking” makes a wonderful Chanukah present for friends, family or yourself!  Especially if you’re planning on buying the Instant Pot you’ve always wanted on Black Friday, this cookbook is for you! 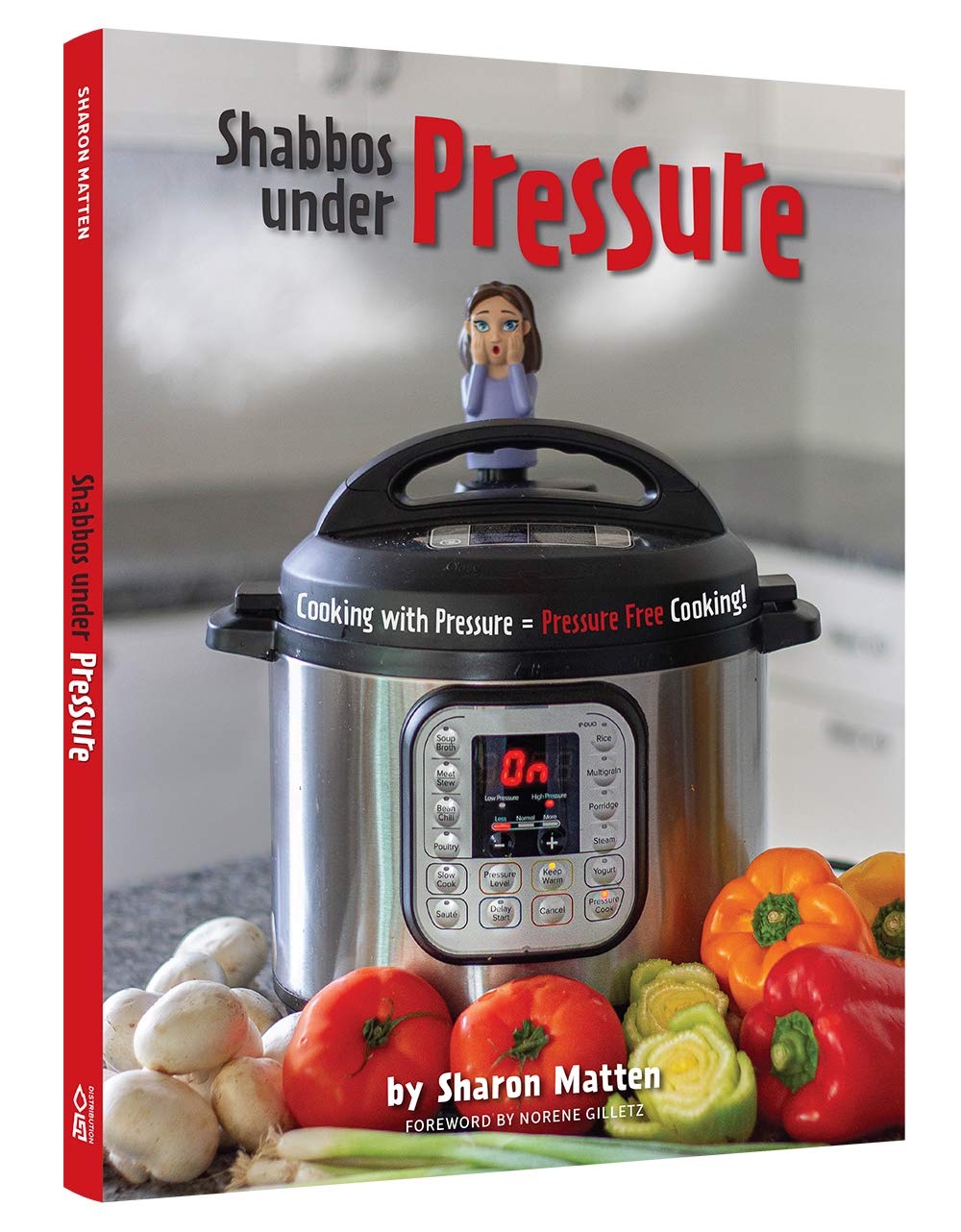 The recipes in this cookbook offer a tantalizing blend of traditional and not so traditional, written with easy to follow, step-by-step language. Each recipe is paired with beautiful, full-color photographs of completed dishes. Sprinkled throughout, you’ll find welcome time saving ideas, personal stories and delightful anecdotes.

Suggestions and advice for using your Electric Pressure Cooker

Clear instructions with highlighted portions, so you don’t miss an important step

Comprehensive terms and tools in super-useful sections for all users

Lay-flat pages for easy reading and use

“Shabbos Under Pressure” is your solution for pressure-less meal preps for Shabbos, holidays, and everyday!

You can find “Shabbos Under Pressure” on Amazon.