I may still be searching for my crown, but in some circles, I am considered the queen of interesting latke recipes.  It’s true!

This title is not unwarranted.  I have written articles for the Chicago Tribune, Aish and other media about the ubiquitous latke.  I’ve even made a movie!!!

I was the first to come up with the concept of Hash Brown latkes all the way back in November 2010 with my first Kosher Everyday latke article: Hash Brown Potato Latkes 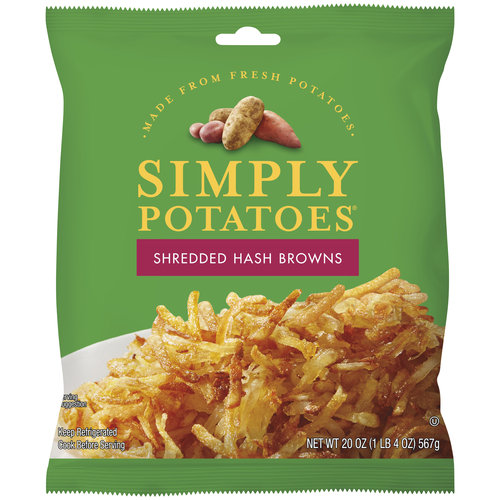 Super simple to use!!

Simply Potatoes even wrote me a letter thanking me for using their product – they were sold out in our local store!  It’s true!!!

I am writing to you on behalf of Simply Potatoes to thank you for the potato latkes piece in the Chicago Tribune where you mention our product. We’re so glad you found our product and that it has made meal preparation a little easier for you! …

Since then I’ve been coming up with new ways to make Hash Brown Potato Latkes.  Why?  Because, while making latkes from scratch with potatoes may be a little more authentic, making them with store bought Hash Brown Potatoes is just…way easier.

There’s a children’s Chanukah book, which is one of our family’s favorites, called “The Chanukah Guest” by Eric A. Kimmel.  In the book, Bubba Brayna has everyone come and peel potatoes for her amazing latkes.  It’s a must read!  In my house, while we may often have a LOT of people eating, we certainly don’t have a whole town or shul coming to peel potatoes in my house.

In a moment of self-preservation, the concept of Hash Brown Potato Latkes was born.  Hash Browns come in the refrigerated or freezer section of the grocery store.  They are basically shredded potatoes with minimal added ingredients.  They also come in fun flavors such as southwest or cheddar, giving you additional variety without extra work.  You can still add other grated vegetables such as zucchini or sweet potatoes.  Having time to sit down and enjoy the meal with the family – now that is one of the real miracles of Chanukah! 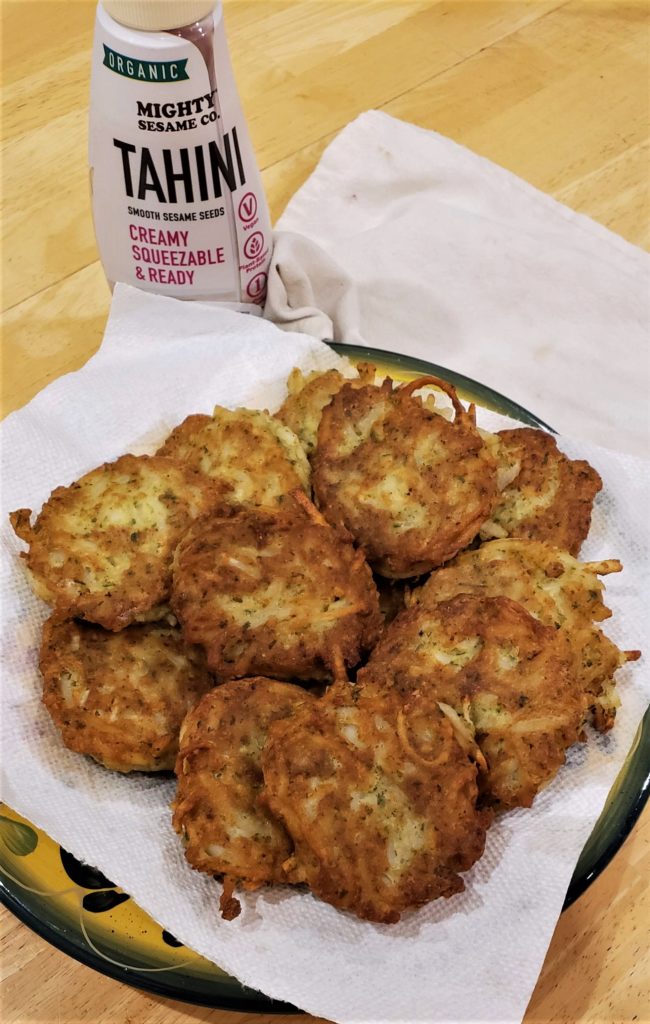 Falafelkes before the swarm eats them! They’re great with a drizzle of tahini!!

A cross between a potato latke and falafel, these latkes are great in a pita with Israeli Salad or just by themselves drizzled with tahini! 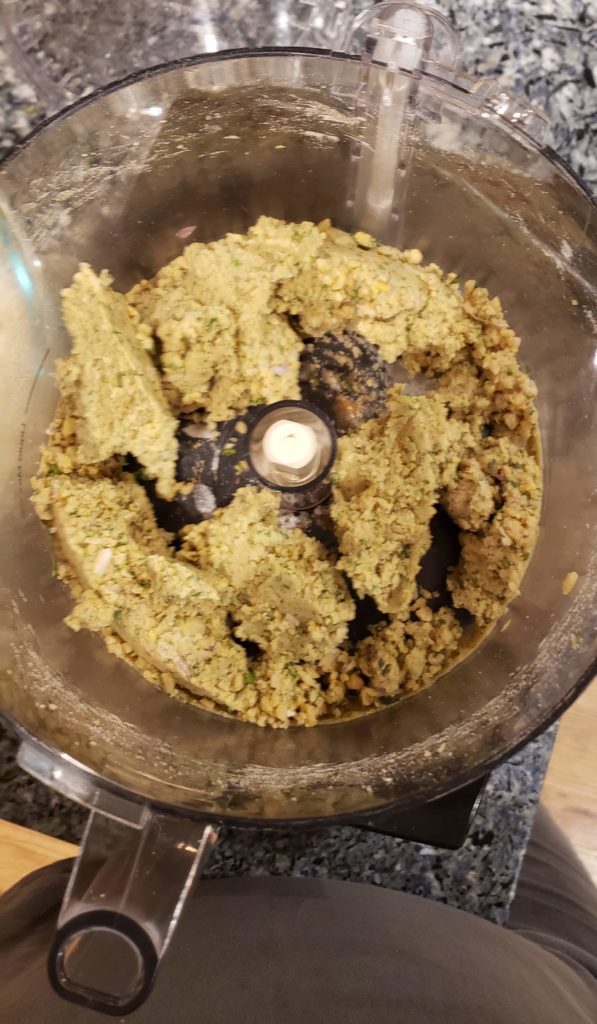 Blend the Falafel ingredients in a food processor. 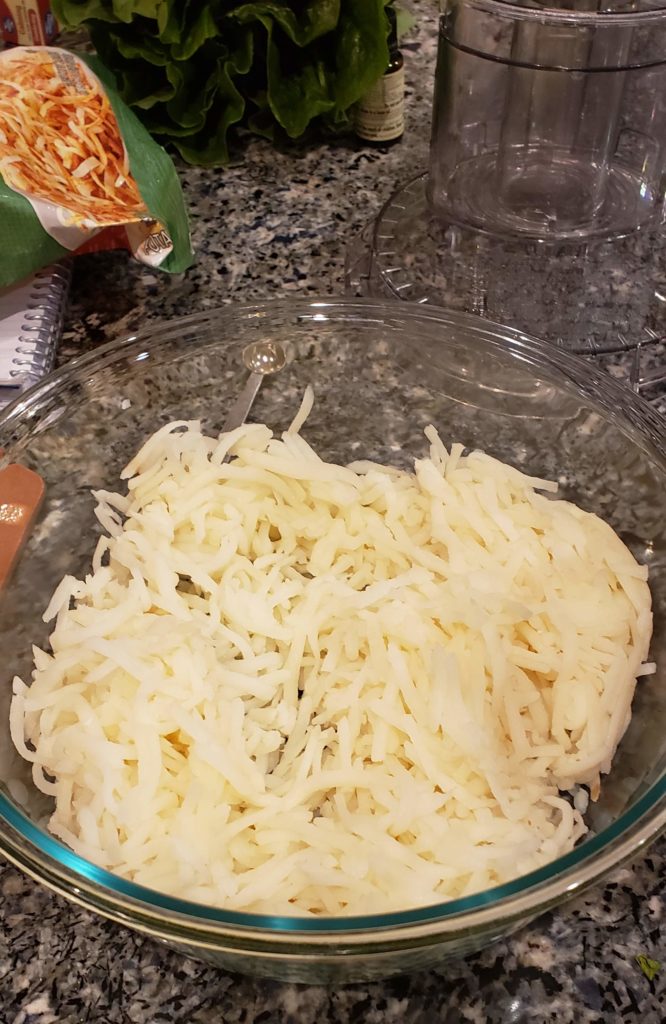 Place the hash brown potatoes in a bowl. 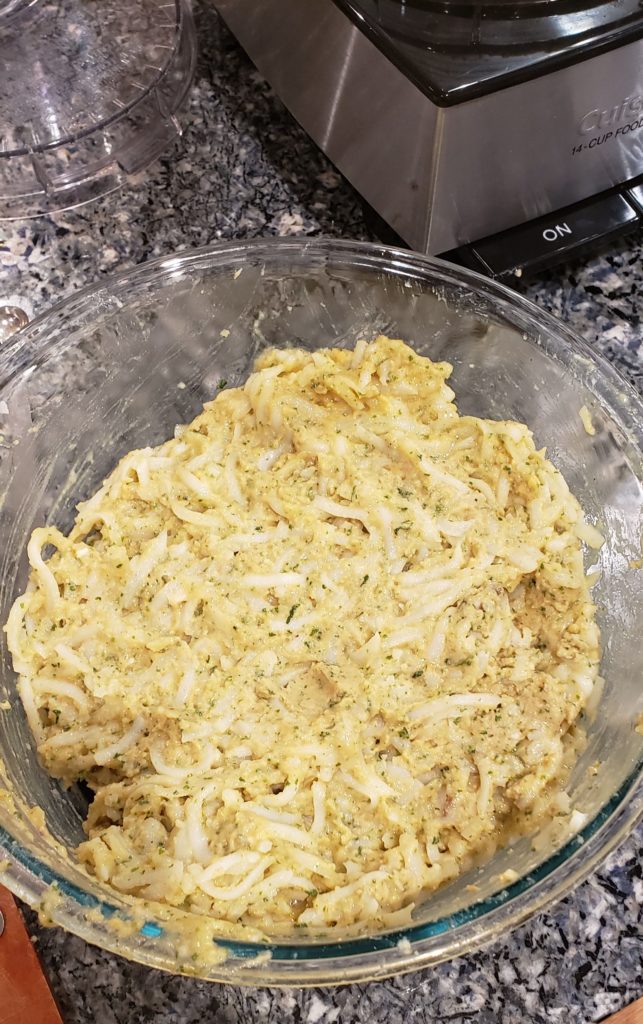 Blend the falafel mixture into the potatoes…

Form the mixture into falafelkes! 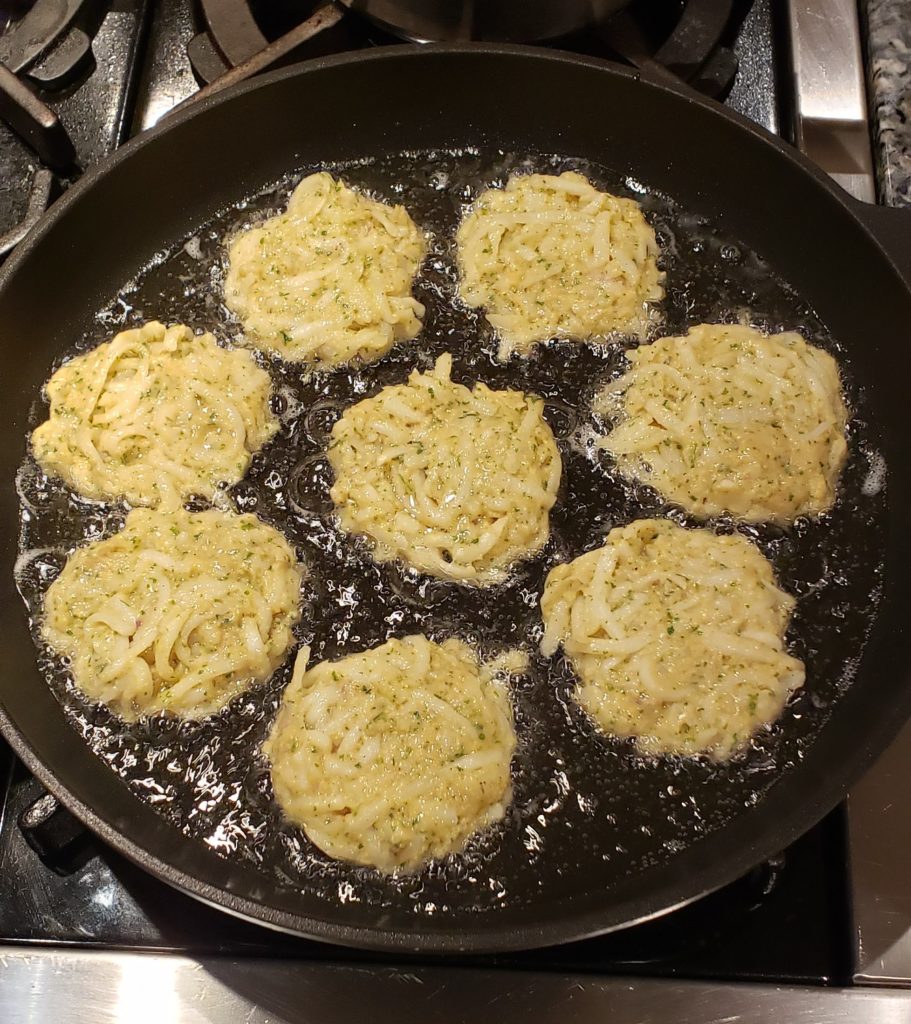 Fry the Falafelkes in batches.

Hurry…they may not last long!!!