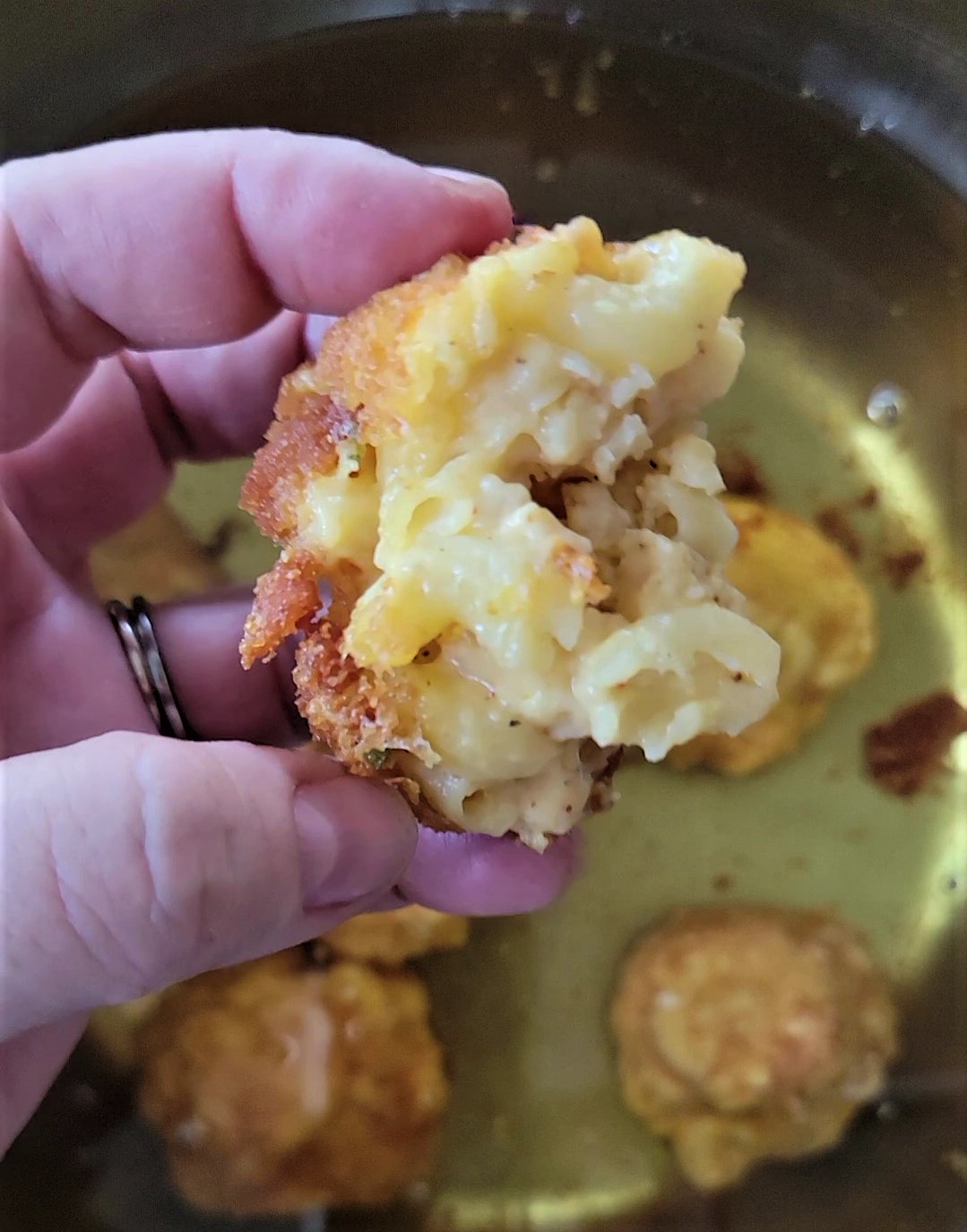 The birth of Fried Mac and Cheese Balls

It all began with a trip to Trader Joe’s.

We all know that a trip to Trader Joe’s is basically an adventure in grocery shopping.  For someone with grocery shopping ADHD its paradise.  Almost as good as Homegoods.

I was making a slow run through Trader Joe’s and I noticed, prominently displayed in the freezer section, Fried Mac and Cheese Bites.  I was intrigued.   It was obvious that they weren’t certified Kosher, but for a culinary MacGyver it was a challenge too good to pass up. 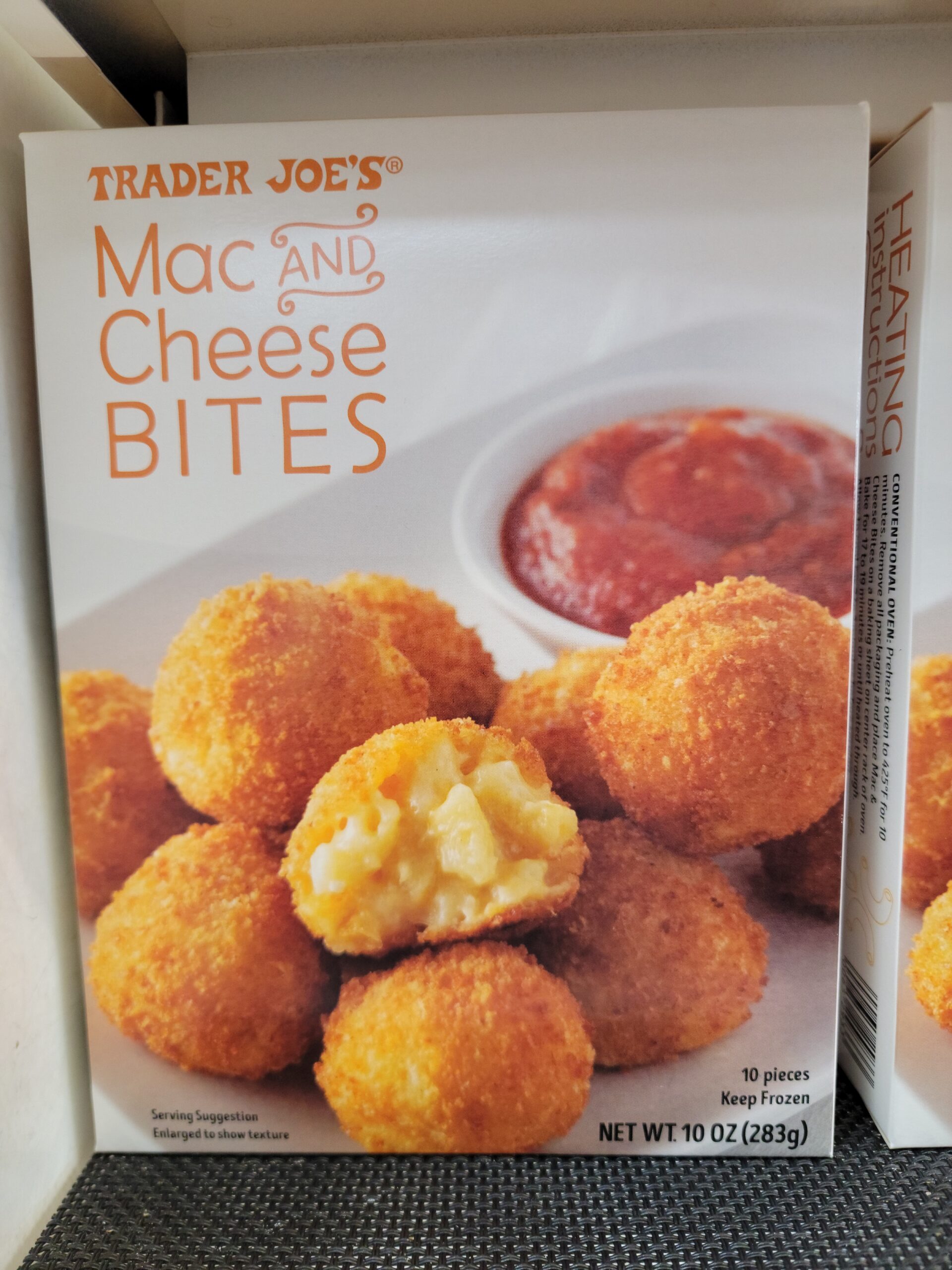 Thank you Trader Joe’s Fried Mac and Cheese bites for the inspiration!

The Trader Joe’s variety looked incredible.  Cheesy, crispy pure deliciousness.  I assumed that they were “bite” sized as I wasn’t going to purchase them being not kosher and all.

My challenge was to make them Kosher, gluten and dairy free.  My brain for some reason didn’t register that frying them wasn’t going to be so great for my digestive issues, but I think it was probably subliminally telling me to go for it anyway.

So…I decided to use my brain for good and did some research.

Figuring out the ingredients

I checked out my usual sources; the back of the Trader Joe’s box, the internet, cookbooks, the recipe catalog in my brain.  I came to the following conclusions: 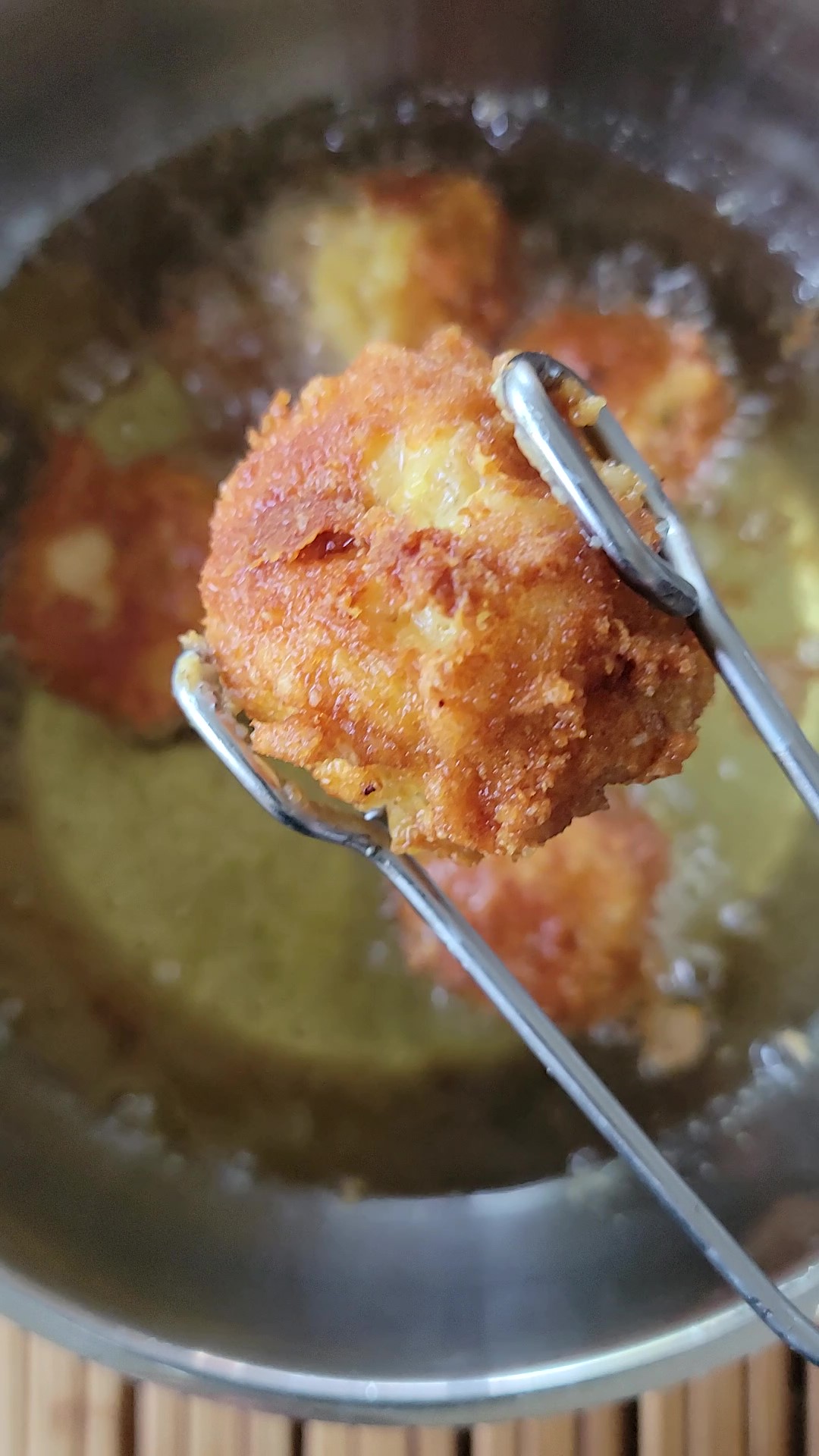 Check out this crispy Fried Mac and Cheese Ball perfection!

I have to admit I was supremely freaked out by how incredible the Fried Mac and Cheese Balls were.

They were the perfect crispiness on the outside.  The heavenly creaminess on the inside.  Just the right flavoring…not to cheddary…not to mozzarellaey. 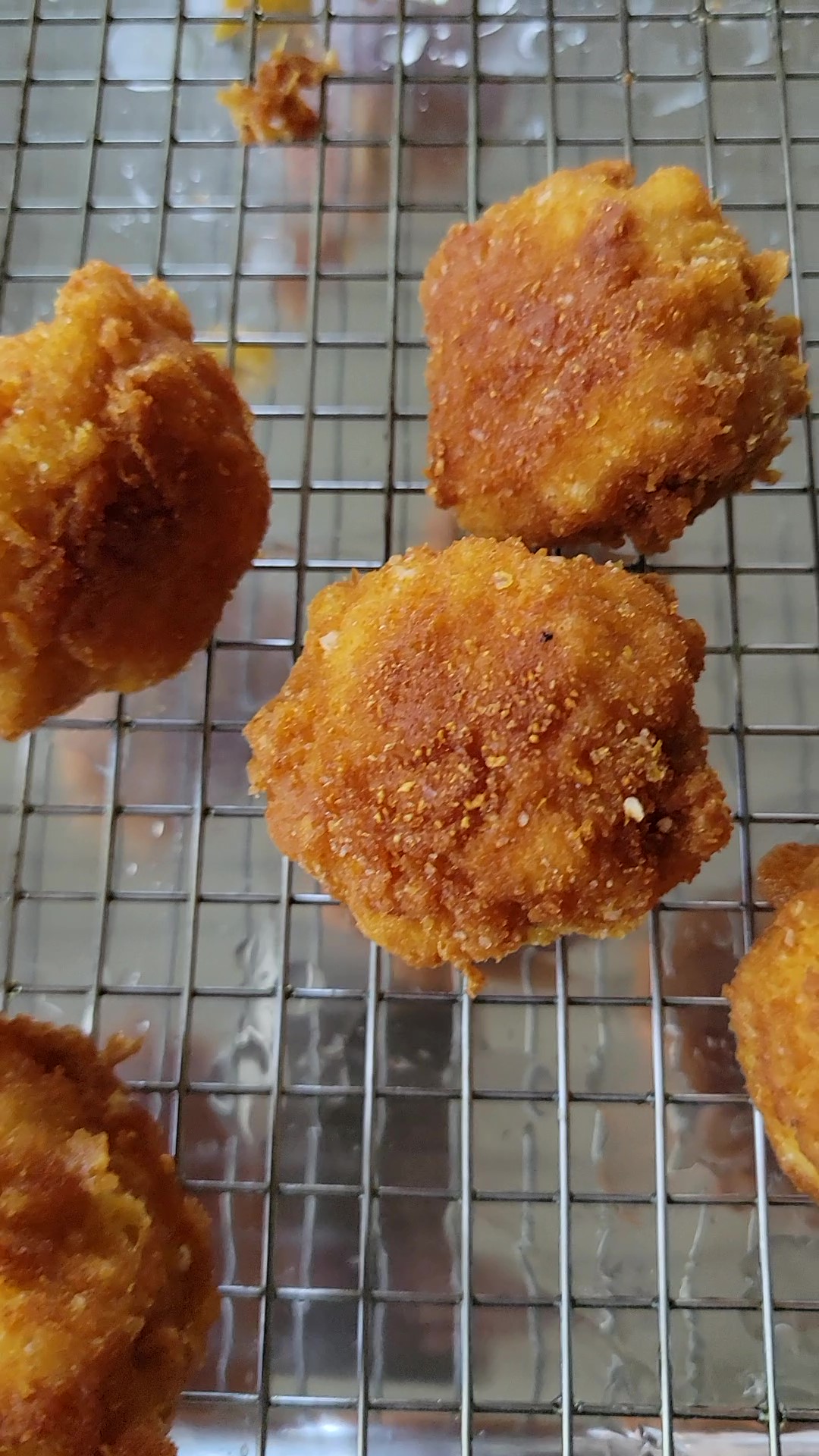 I ate two fresh off the cooling rack (Ok…it was more like three…but whose counting?  And I’m totally not counting the one that broke while taking it out of the oil.  We all know broken pieces don’t count.  Just saying.) and they were mighty tasty.

Dear Husband revealed in a later conversation, that he had eaten TEN!

You simply could not tell they were Gluten Free and Vegan

Dear Son has a vegan/gluten free radar, and he couldn’t tell at all.  We won’t mention that he was a little annoyed by that fact.  Let’s just keep it between us. 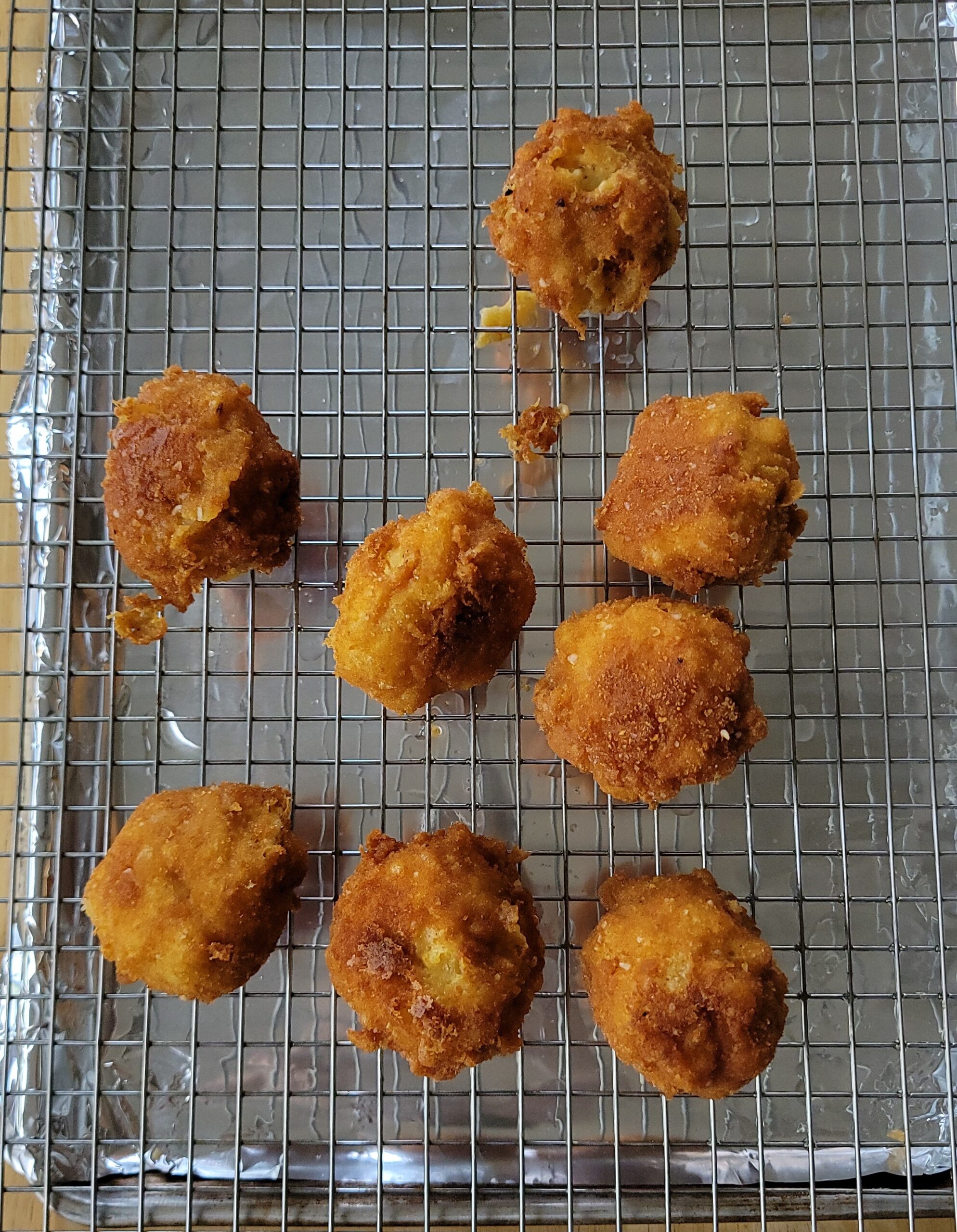 You waited so patiently…here they are!

The recipe for Fried Mac and Cheese Balls

These Gluten Free and Vegan Mac and Cheese Balls are SO creamy, SO crispy and SO amazingly good!  Worth all the time it takes to make them!

For the cheesy part

For the Crispy Coating

For the Egg Wash

For the Cheesy Part 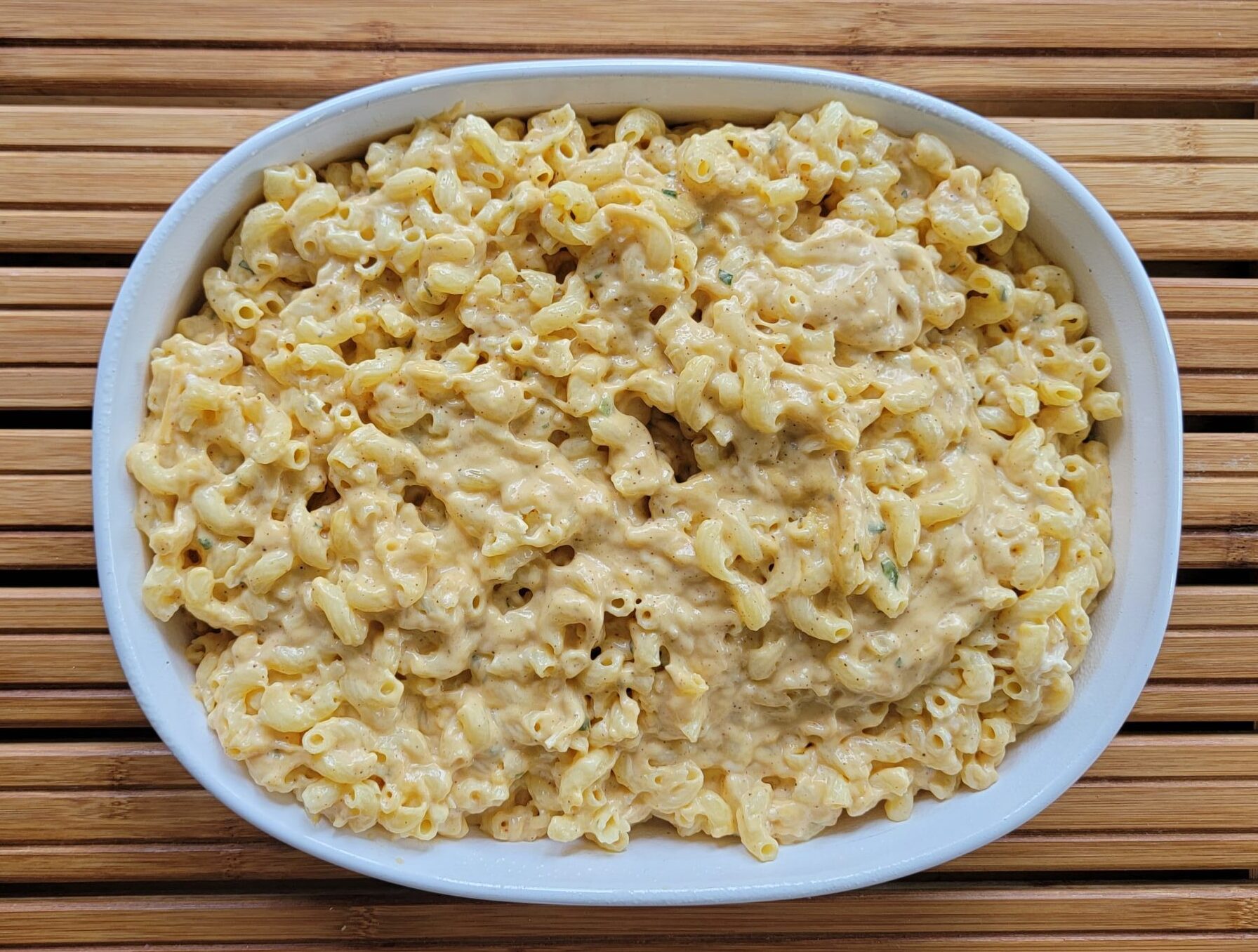 To make the Macaroni Balls

For the Crispy Coating

For the Egg Wash 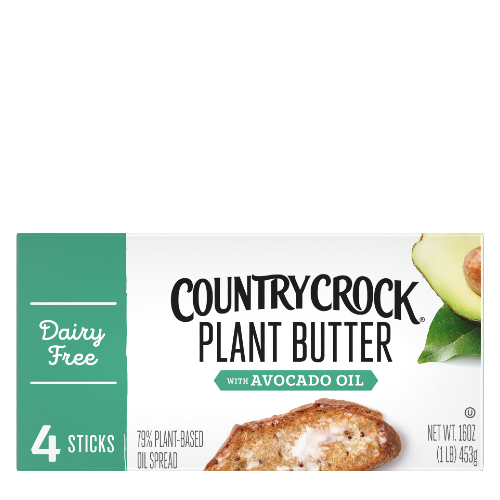 I used a cheddar/mozzarella blend.  You could also use one bag shredded vegan cheddar cheese plus one bag vegan shredded mozzarella.

I like to fry these in peanut oil because of the high smoke point.  You can also use avocado oil if you can’t use peanut oil

You can freeze these after making them.  Warm in a toaster oven or conventional oven uncovered.

If you aren’t gluten free, dairy free, or vegan you can use traditional ingredients!  I promise not to tell 😉 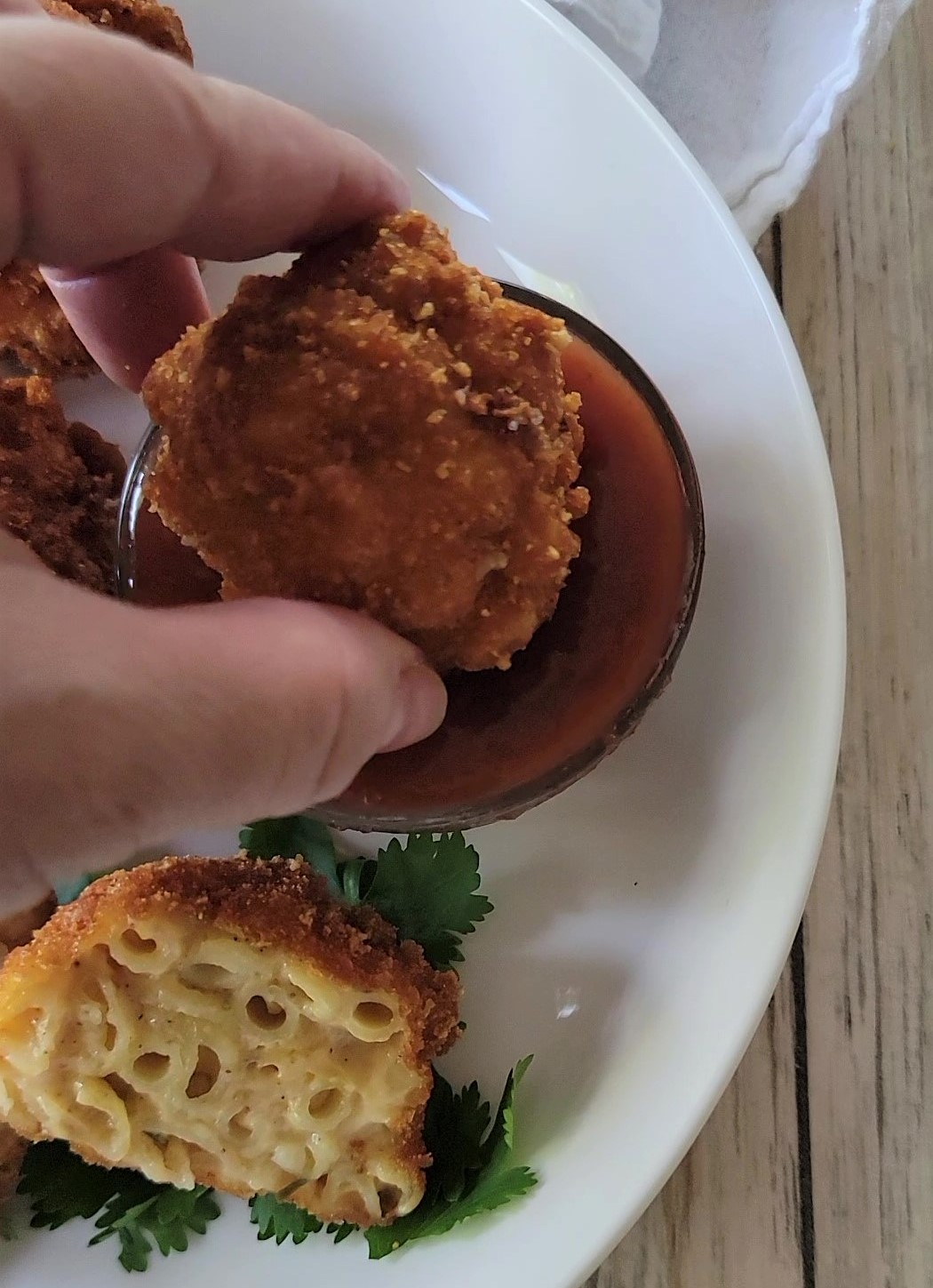 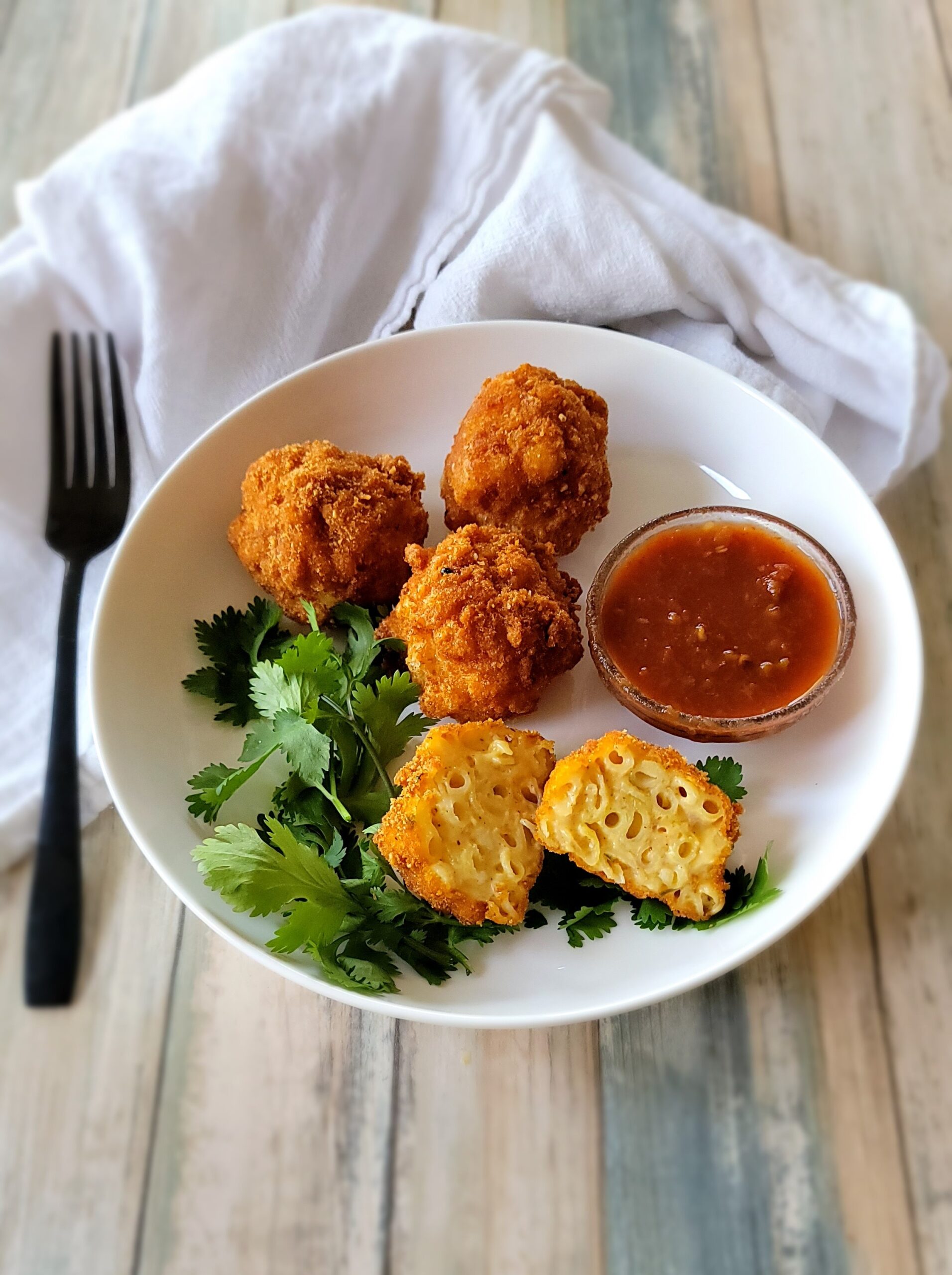 It can be hard in the summer with everyone around, wanting attention to give them fun, family friendly dishes.  Here are a few of my favorites!

Don’t forget to follow Kosher Everyday on Instagram @koshereveryday!  You don’t want to miss all the fun and interesting posts and reels that can be found nowhere else!