Jump to Recipe·Print Recipe
A while back I was perusing the latest Living Social deals when I came across a “deal” for $12 a night in Indiana at the Twin Mills Resort.  It just so happened that I was looking for something to do with my girls (KIH) after they were done with camp and the guys in the family were still working.  For those of you that aren’t familiar with Living Social, it’s a web site similar to Groupon.  They have deals from all over the place and you can specify the location you are interested in.  Being from the Midwest (Yay!) I was looking for fun things to do that are nearby, or within a relatively short car ride.  When the Twin Mills deal came up I immediately clicked on the link.  It turns out that the $12 deal was for reserving a camp site on the resort.  Tents, no personal bathrooms, no beds, no kitchen, no way.  I read further and also available was a “Deluxe” Cabin that would sleep 6-8 people, that came equipped with beds, a “kitchen”, refrigerator, sink, linens and towels, and a bundle of firewood for each night, for less than $65 per night!  Awesome!  It was just the kind of thing I was looking for, the perfect adventure that was just 2 to 2 ½ hours away by car.  The resort boasted a pool, boating, miniature golf, internet, and enough sleeping space that the girls could bring friends along if they wanted to.  Located in Howe, Indiana, Twin Mills is right in the heart of the Indiana Amish Country.  How cool is that?  We had never visited any Amish Country, so combining all the fun activities (including fishing!) at the resort and the appeal of investigating the areas Amish attractions, proved to be enough of an incentive for me to book a 2 night stay.
When it was time to go, we loaded up the car with our gear – including fishing poles, a toaster oven, and small George Foreman grill (they had a kitchen…just not a Kosher kitchen).  I had also packed super long wooden skewers and metal extending forks for roasting marshmallows over our campfire.  The resort was super cute and very rustic.  Our cabin was probably the size of my living room and dining room combined (and believe me they are not all that big!) with the kids bedroom being just big enough to literally hold 2 bunk beds with space to stand between the beds.   The living/dining/kitchen room held a pull out couch for campers number 7 & 8 if you happened to bring them along.  Luckily there were only 4 of us (one of the girls brought a dear friend) so the cabin was perfect!  The first day and a half we spent boating, fishing, swimming.  We build campfires every night, grilled, roasted awesome pierogies on the super long sticks the first night (the girls are very creative), and made authentic s’mores, all while the girls played music on their ipods. The second evening we went blueberry picking nearby.  Between the four of us we picked around 18 pounds of fabulous, juicy, fresh blueberries!  The owner of the blueberry patch gave us a dozen ears of Incredible Corn (it’s really called Incredible Corn).  We wrapped a few ears in foil and tossed them on the hot campfire coals to roast.  They were truly incredible!! 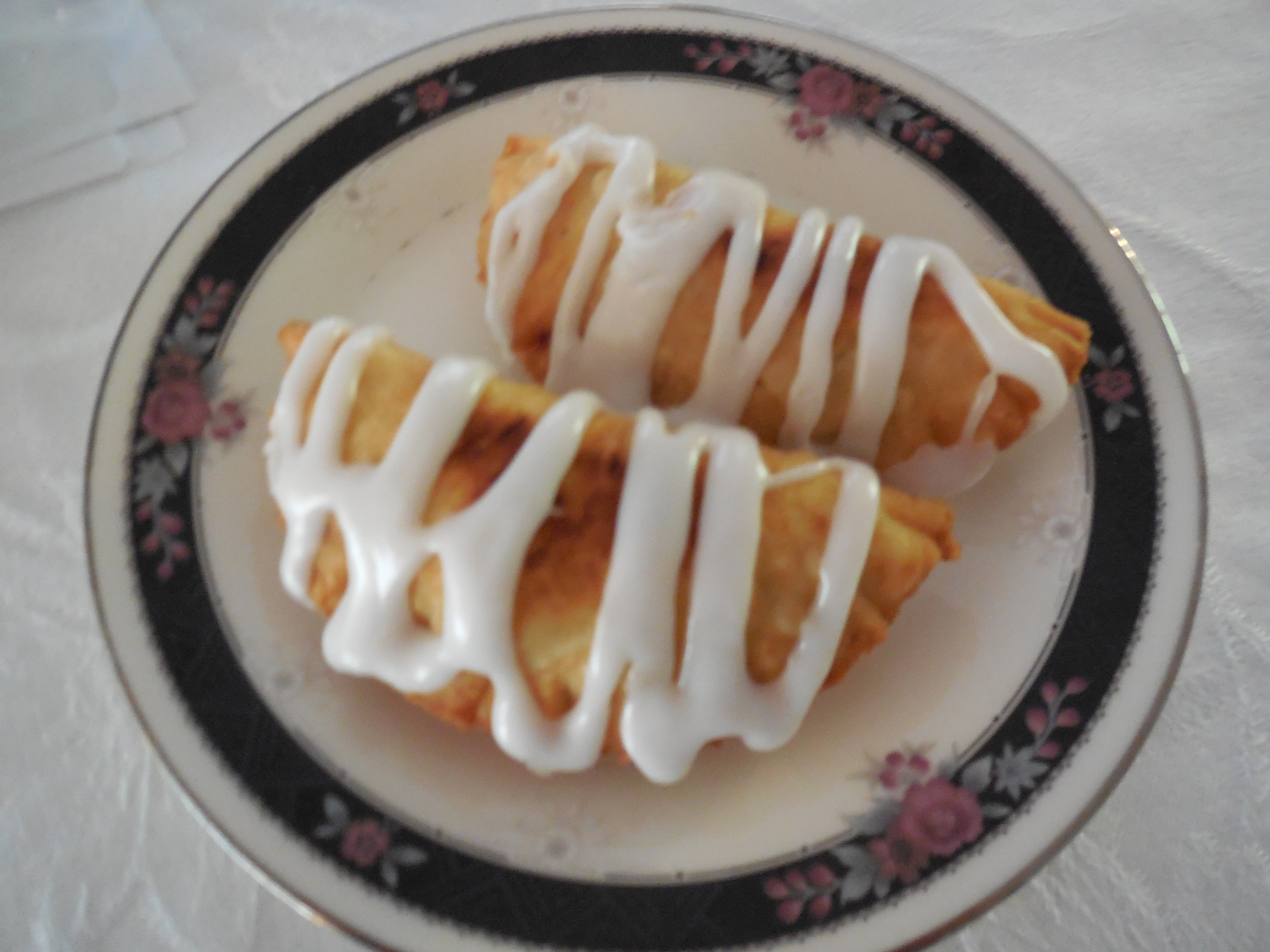 Our last day on the “Matten Girls Excellent Adventure” was spent at an interactive exhibit that explained Amish culture (we were in Amish Country, at least we should understand what it’s all about right?), and at the incredible Shipshewana Flea and Farmers Market.  The Shipshewana Flea/Farmers market is a huge multi-football field sized market that takes place on Tuesdays and Wednesdays every week.  There are rows and rows and rows of booths/stalls where people sell their wares, crafts, and fresh produce – usually super cheap.  We found some beautiful hand crafted items, and purchased several to decorate our Sukkah with in another month.  There were quite a few Amish vendors, and a number making Shipshewana Fried Amish Pies. I was super intrigued.  I didn’t ask to take pictures because after our Amish educational session
that morning I learned that the Amish don’t like to be in close up personal photos, so out of respect I refrained. I did go over and watch them make the pies and asked some questions – I mean friedpies??  Basically they made a pie dough (probably with butter and lard), rolled out a small circle, placed them on a small pastry tool, brushed some water around the edges, put a spoonful of filling in the center of the dough, pressed the edges together with the tool to seal the “pies” and make a fluted edge, dropped each one in a hot vat of boiling oil (or lard), then drizzled a glaze over the top.  They smelled amazing and looked delicious!  The cool part was that I actually had the tool at home!  It turns out the pie making tool they have is a very inexpensive one and I had bought mine as part of a kit for less than $6.  I knew that these pies were totally going to be something I would try when we got home.  Filled with apple filling they would also be a fabulous Rosh Hashana dessert or grab and go treat (not terribly healthy though!). 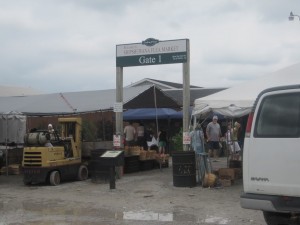 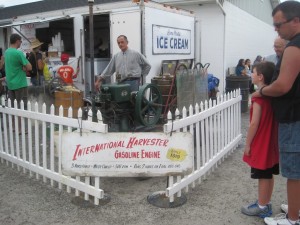 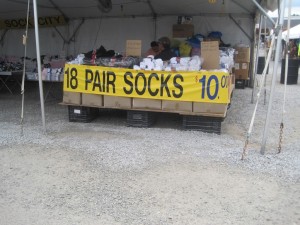 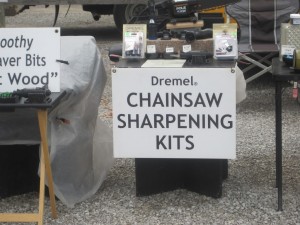 At the farmer’s market part of the market we found awesome produce – yellow tomatoes, fresh delicious apricots and peaches, small yellow watermelons, orange zucchini, and huge fresh green zucchinis.  We left Shipshewana that day after having an amazing time.  I left with a mission to make some Amish inspired recipes.
I knew I wanted to do something fun and delicious with those zucchinis – they were outrageous!  A while ago I had purchased some large zucchinis at a local farmers market and had cut them in half lengthwise, hollowed the halves and stuffed them like large zucchini boats.  It didn’t work as well as I had hoped.  The boats didn’t hold their shapes and although they tasted great they weren’t as pretty as they could have been.  I decided to cut the large zucchini’s into pieces to cook more evenly, hollowed each piece, then stuffed them with some rice with seasoning, mock meat, vegetables, and topped each with flavorful salsa.  I baked them uncovered, and after the pieces were cooked through I sliced them into large disks and re-baked the disks.  They were pretty, held their filling, and delicious!  Keeping the pieces as filled disks helped the Stuffed Vegetarian Zucchini to keep its shape and hold the filling. I didn’t realize it at the time but I had used a little spicier salsa so the Stuffed Zucchini had a little kick to it – even better!
Now school and Rosh Hashana are just around the corner and it’s time to put the summer behind us.  We were blessed to be able to get a way for a few days for some much needed fun and R&R.  I also came away with a few new great recipes. The Shipshewana Fried Amish Pies went over so well that my crowd requested that I make them again and they literally disappeared in a blink.  I know I’ll be making them during the year, bringing back a little bit of our great summer in each delicious bite. 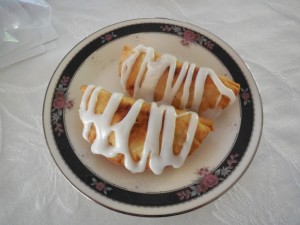 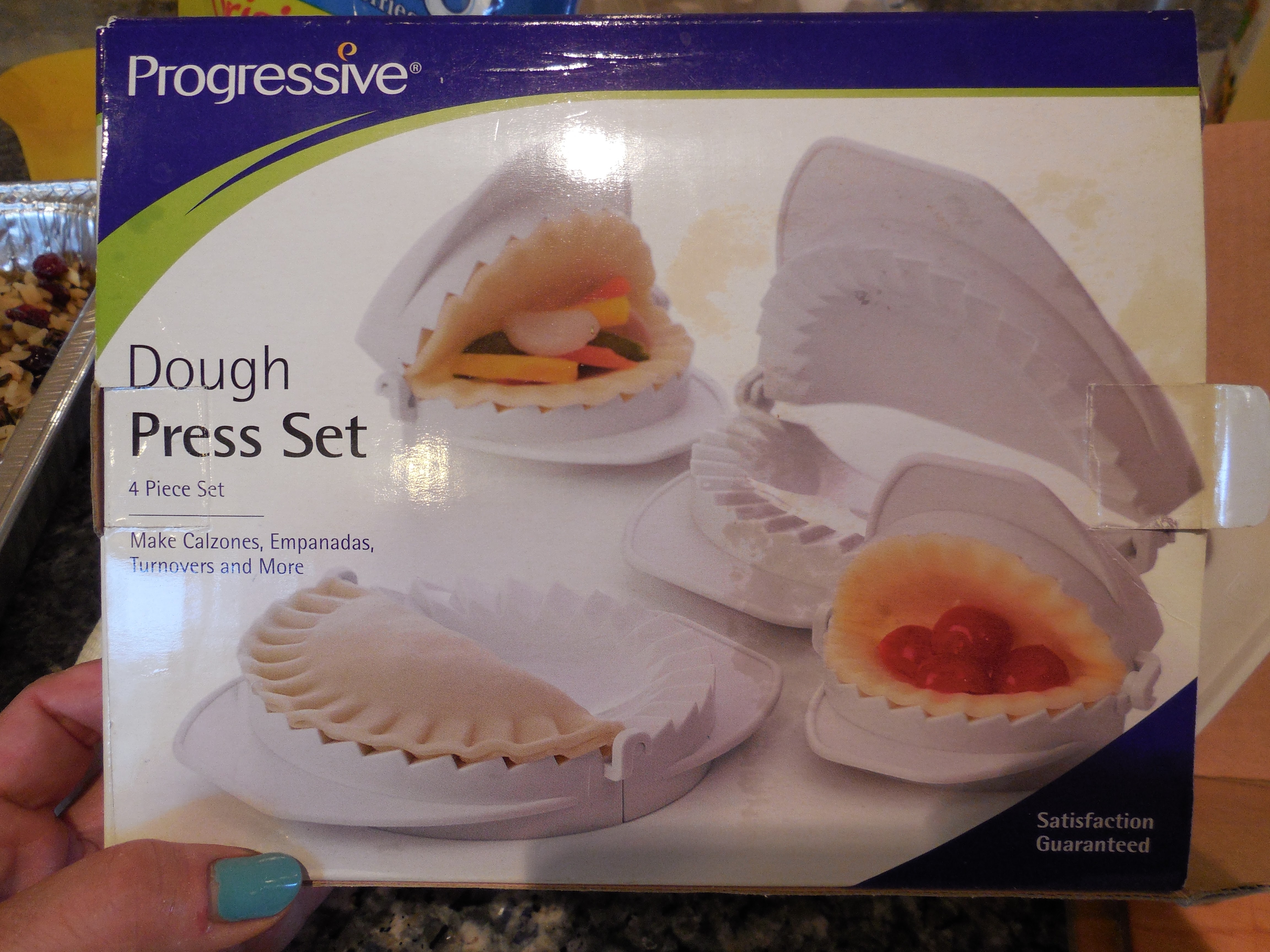 This is the kit I used to make the fried pies. 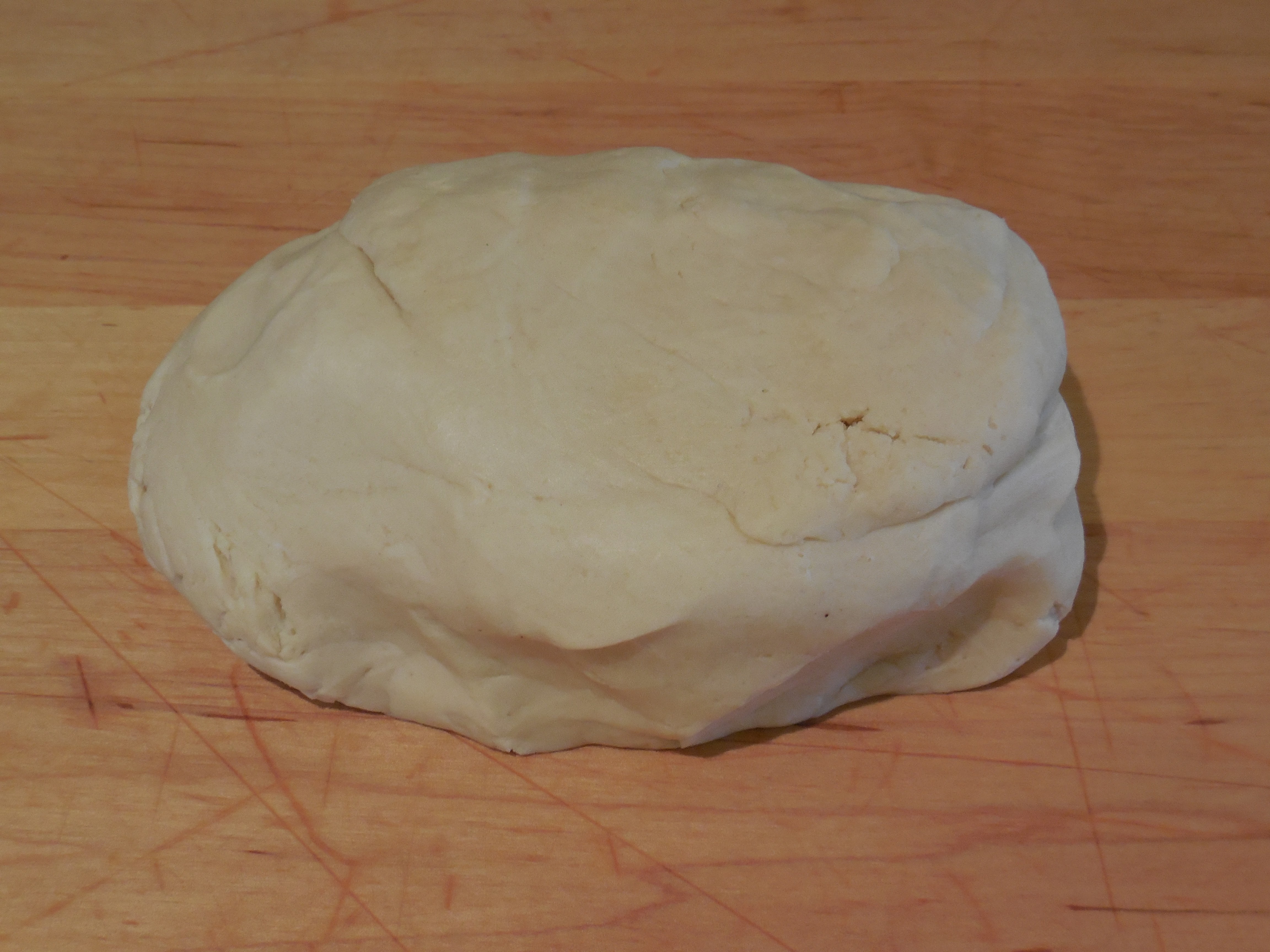 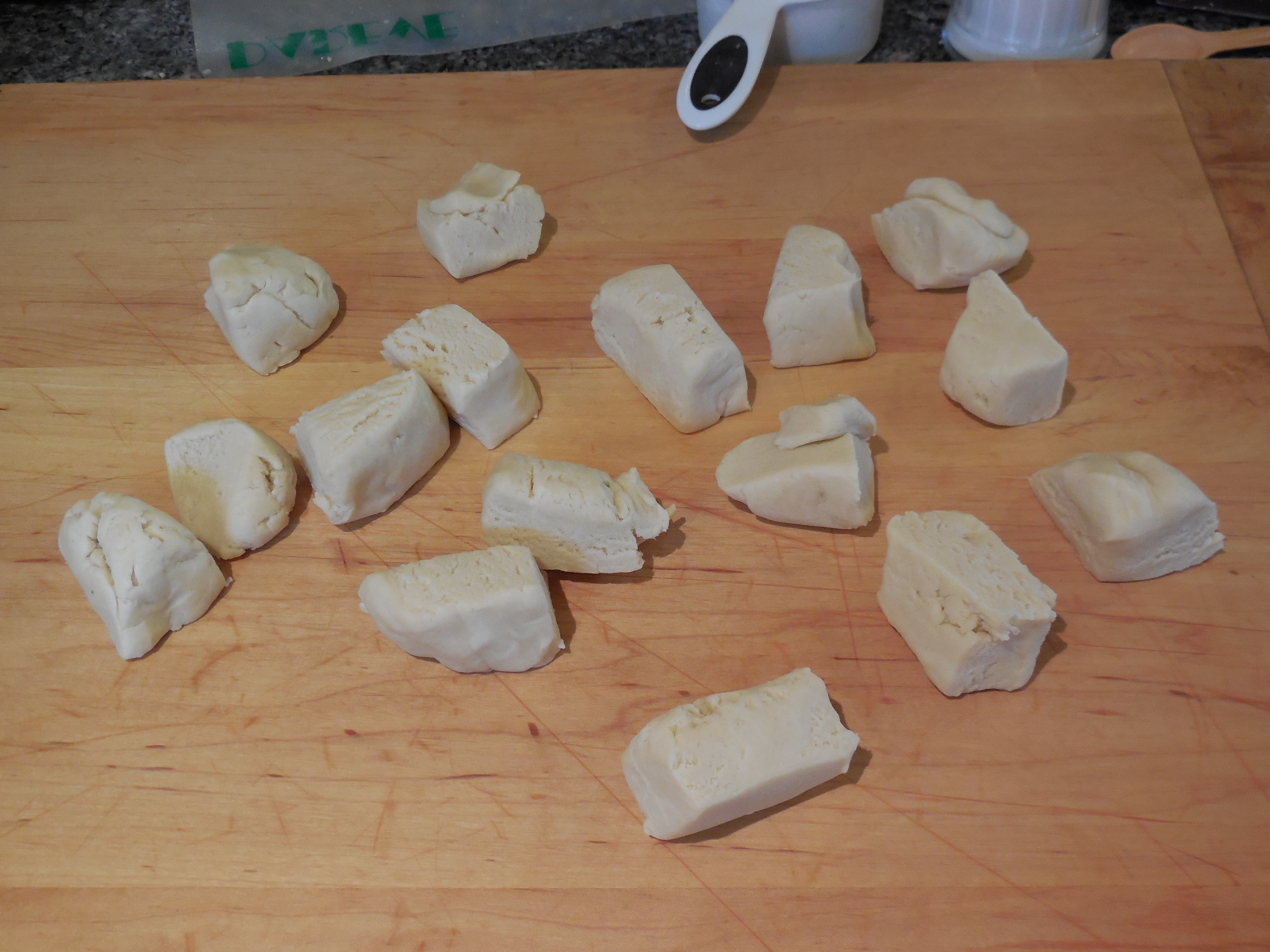 Divide it into pieces…

Roll them into circles then place them in the mold…

Add a little filling (probably a little less than this)… 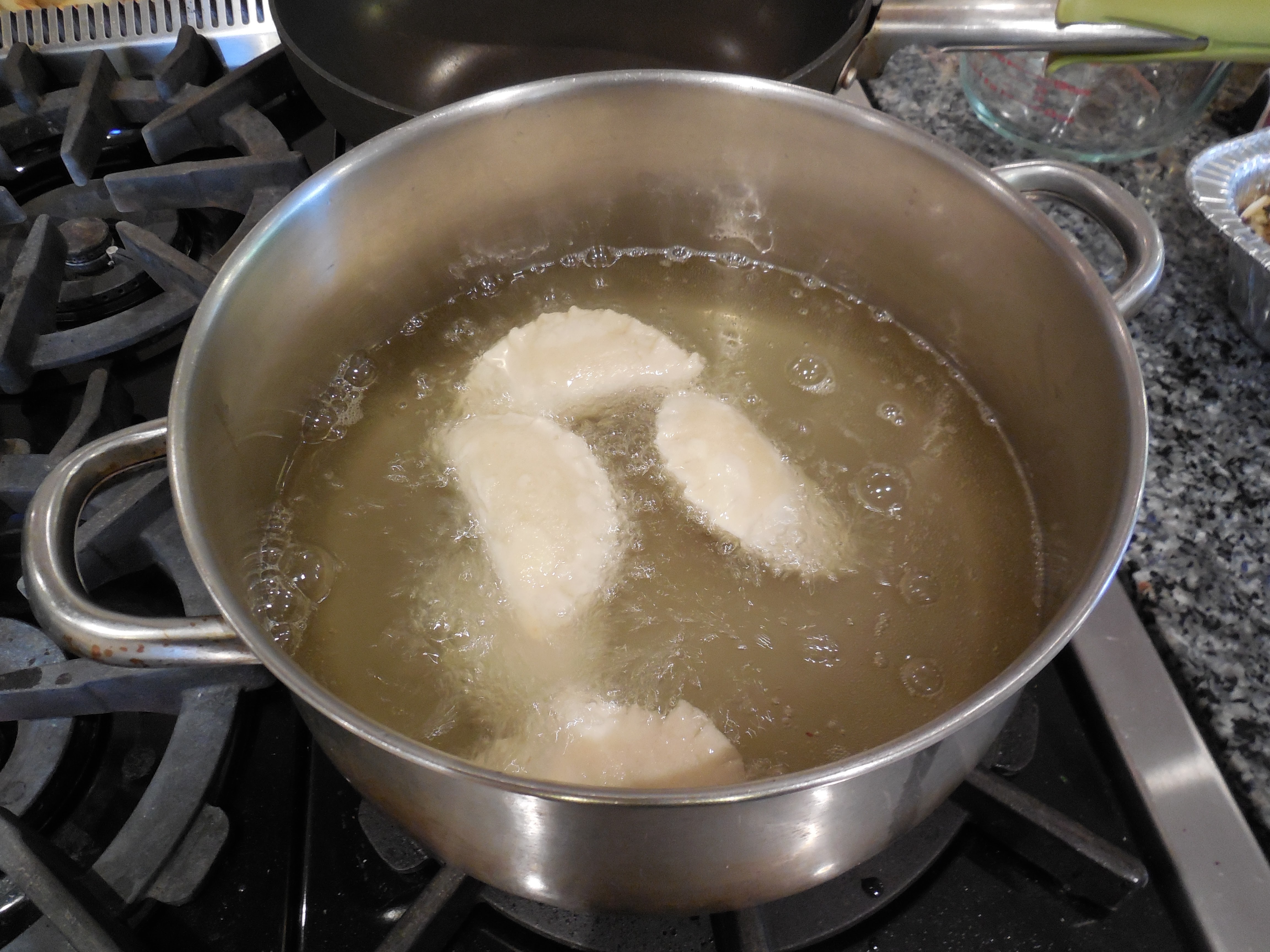 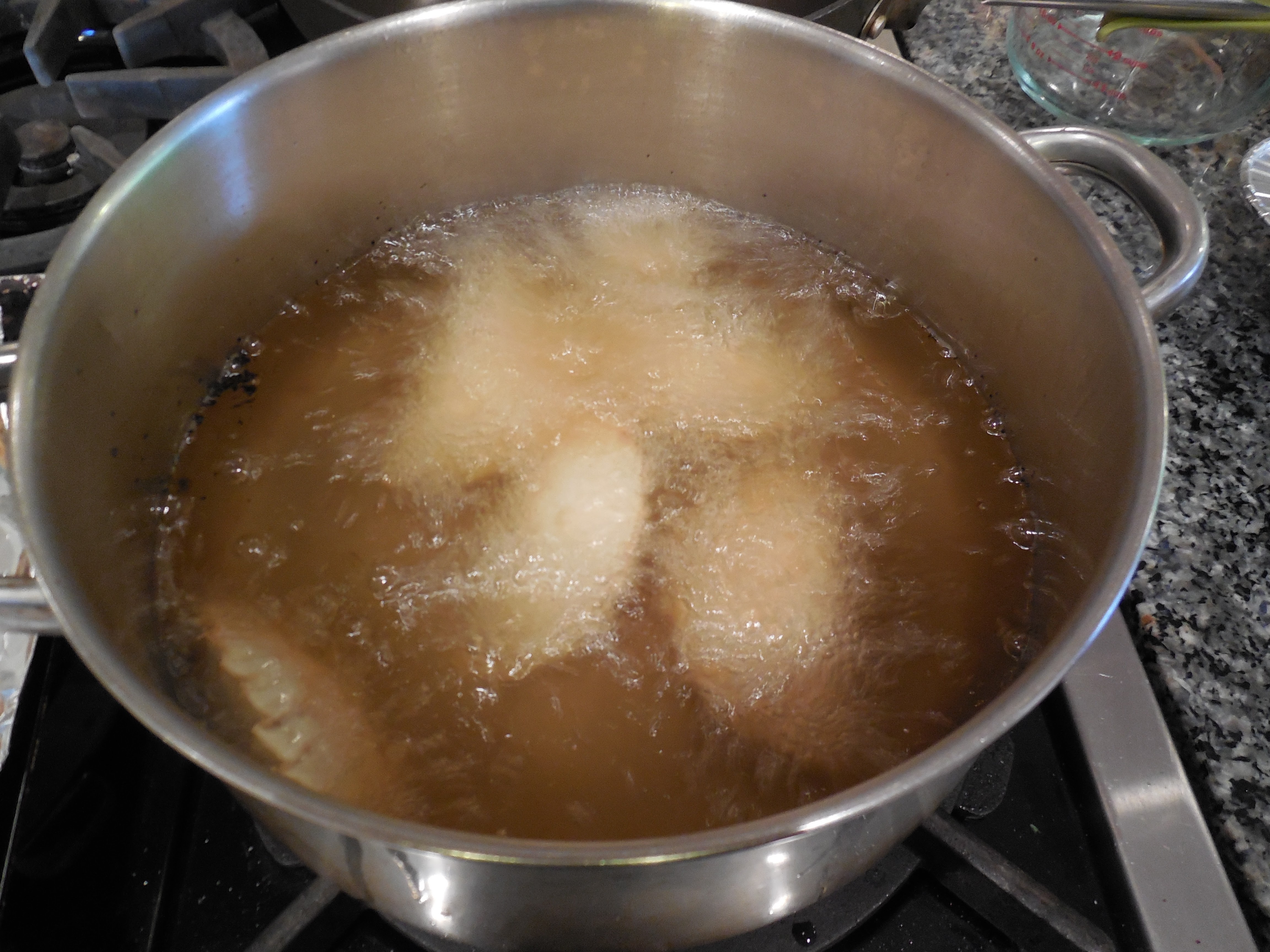 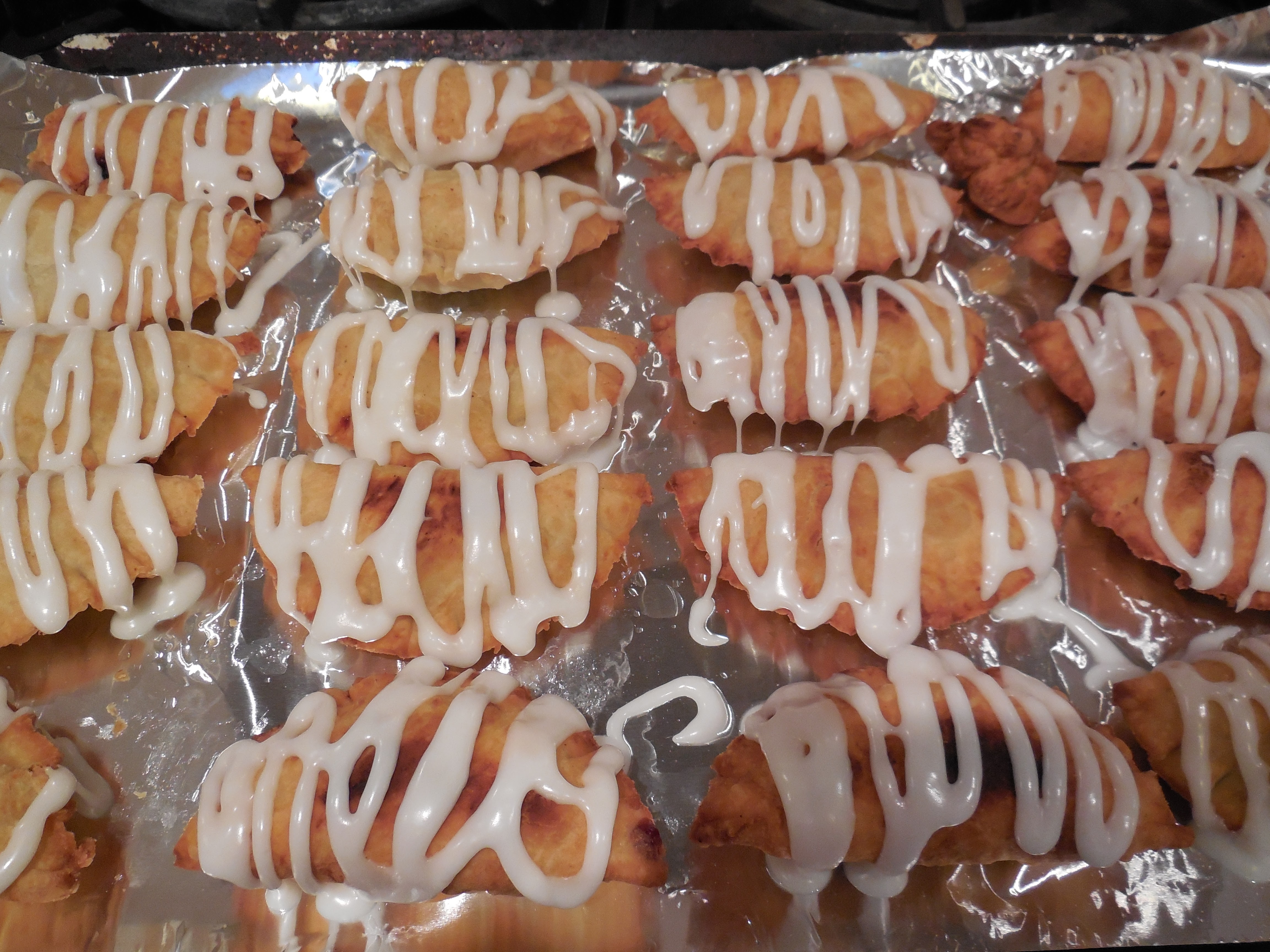 So pretty they need a closeup!

So….
Here’s some stuff I did this week… 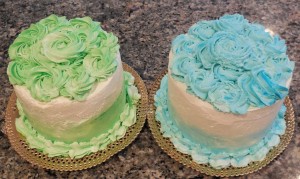 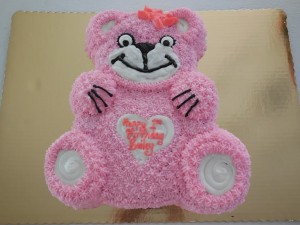 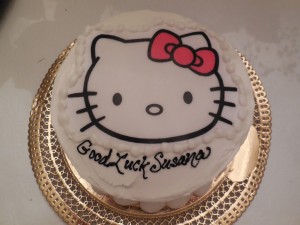