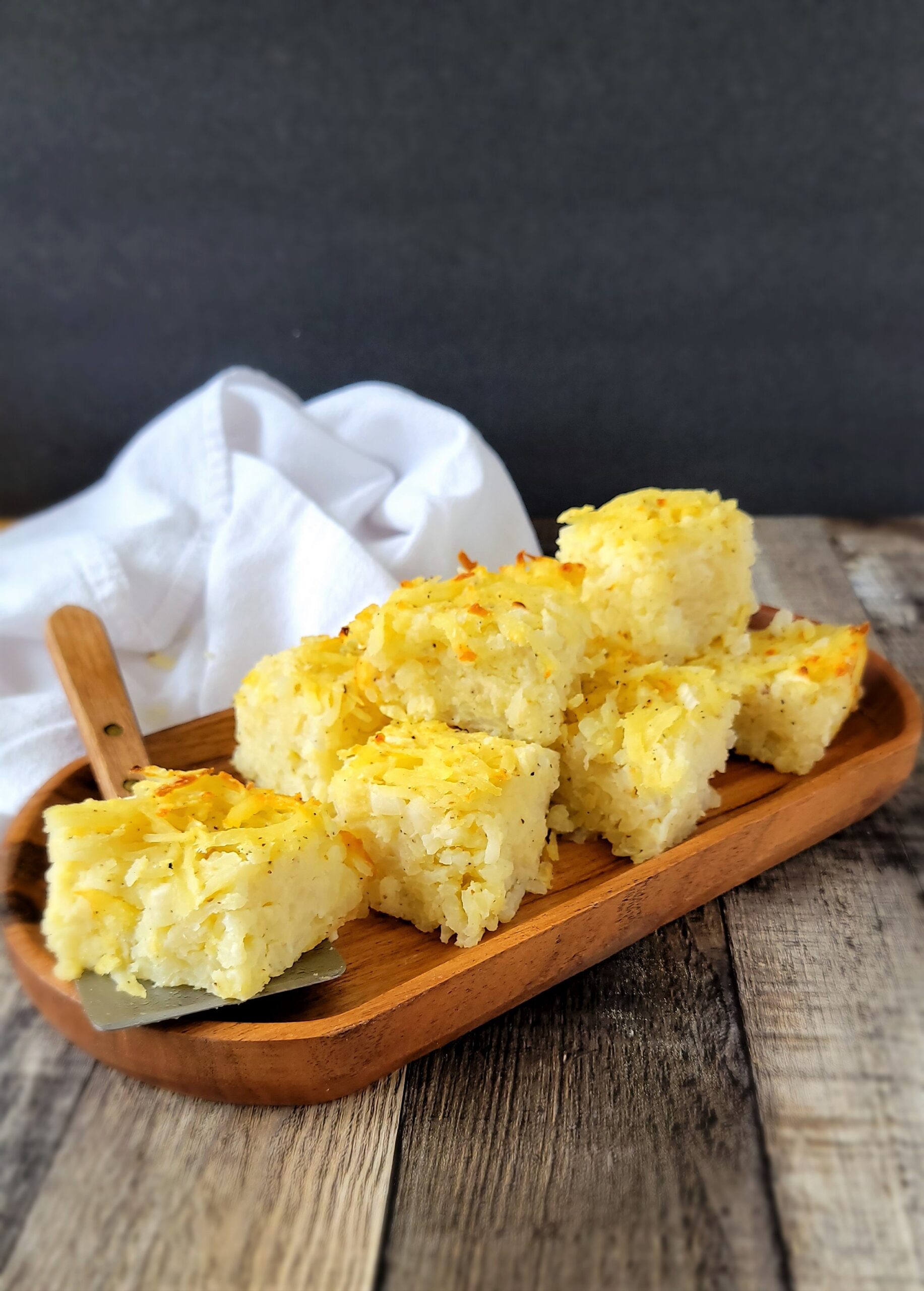 After my Hash Brown Potato Latke recipe appeared in the Chicago Tribune, I got an email and a call from a representative of the Simply Potatoes Company(!) thanking me for referencing their product in my article**!
So cool and so nice of them!
I also got calls and emails from people asking me where they could buy the Simply Potatoes because after the article appeared the local stores were sold out – amazing…and true!
Afterwards though, I had a bit of a problem.  I had bought so many packages of the hash brown potatoes that I had a few left over – there were only so many potato latkes my family could eat…regardless of how good they were!  Even my family has its limits.

There’s a Hash Brown Potato Kugel in our future

Look to the expert…if it ain’t broke…

To make my Hash Brown Potato Kugel I turned to my absolute all-time favorite potato kugel recipe. It’s from “The Pleasures of Your Processor” cookbook written by one of my favorite authors and my much missed friend Norene Gilletz (z”l).   I’ve been making potato kugel using this recipe since I first got married! 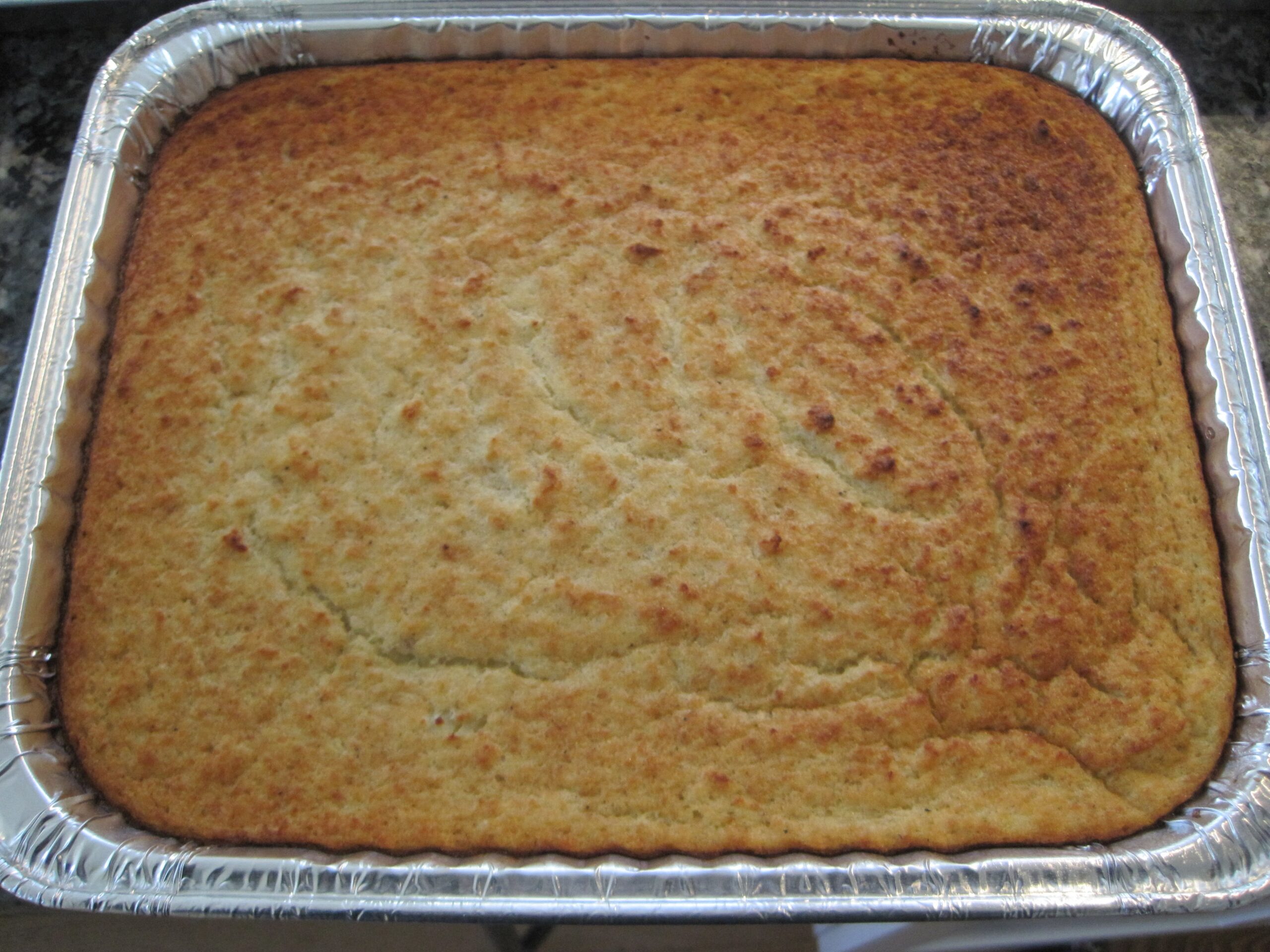 I got to know Noreen over the years, and she even wrote the foreword on my book “Shabbos Under Pressure“.  She was awesome, and so are her recipes.  Simple, but completely excellent.

Making something easy even easier…

Now that I have my newer, larger, freakishly powerful food processor I make huge batches of the potato kugel recipe (as long as I can get help peeling all those potatoes!).
When trying to plan this weeks’ menu I decided to go for it and make the Hash Brown Potato Kugel, using my favorite basic potato kugel recipe but substituting the hash browns for the raw potatoes.  No guests this week, so no matter how the kugel turned out, just my family would be the guinea-pigs. 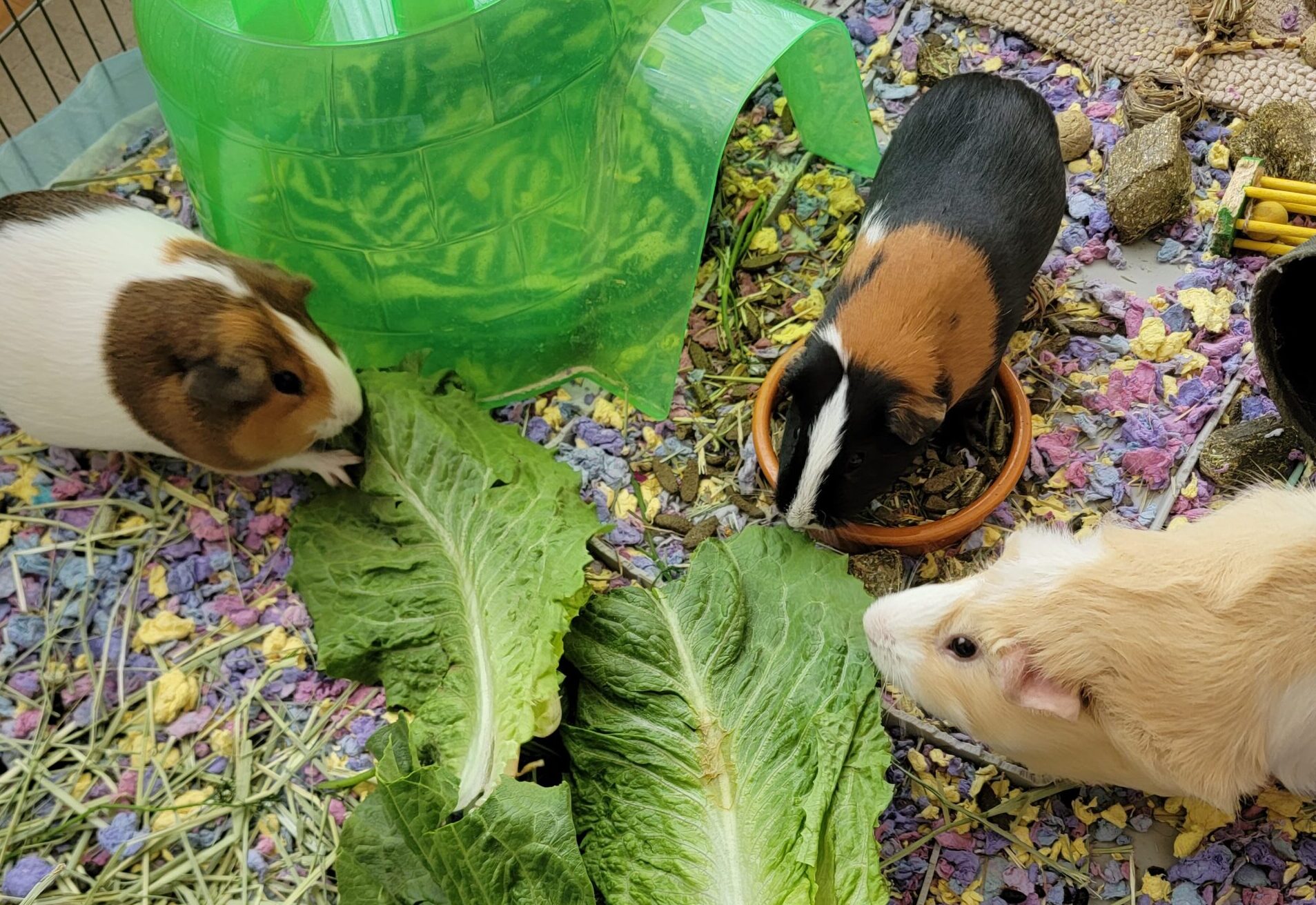 Hash Brown Potato Kugel couldn’t have been easier to make!

In the end the kugel was incredibly easy to make.  I tossed all the ingredients into one big bowl, mixed it up, put it in a pan and baked it. 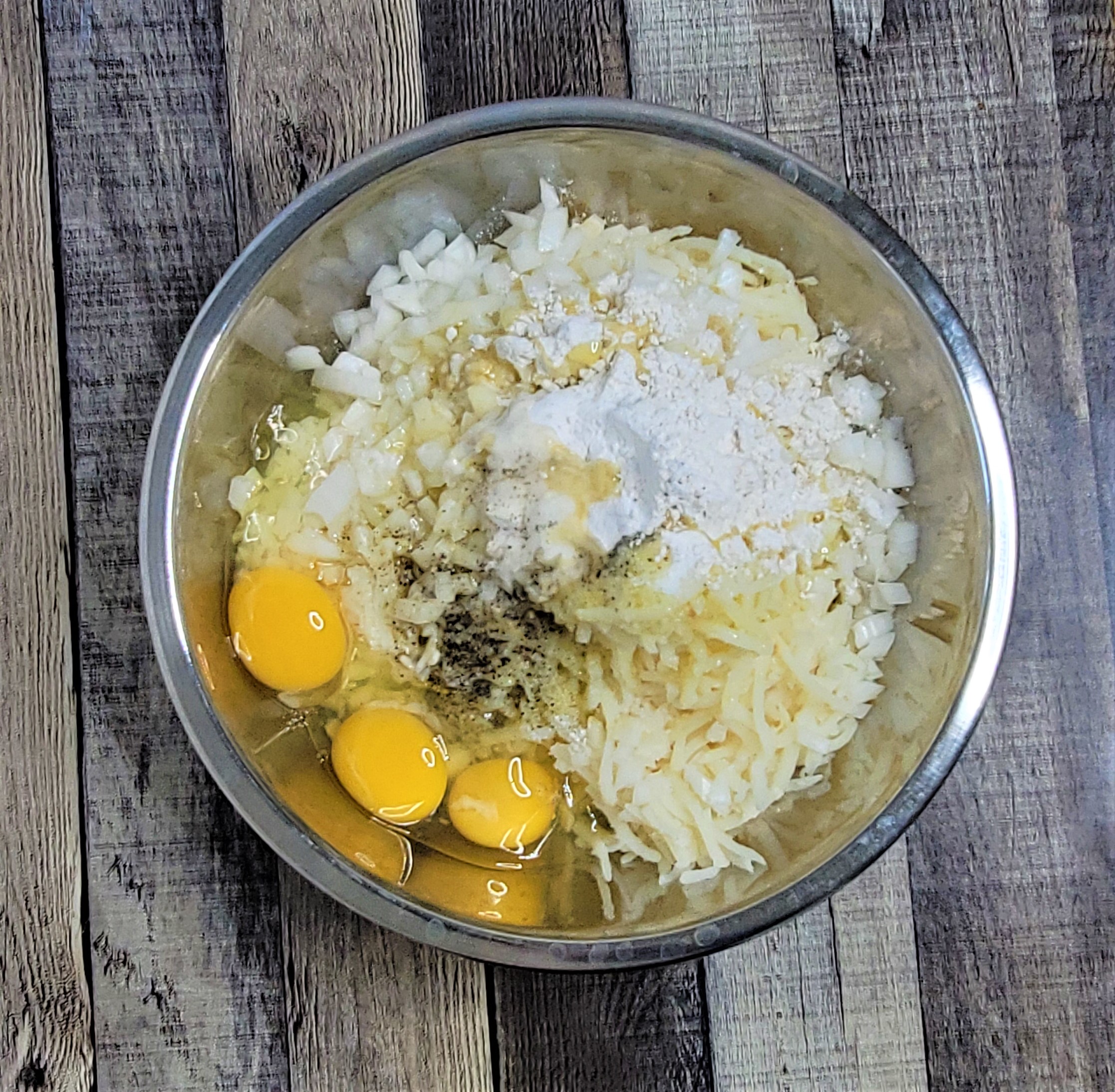 And then there was Kugel…

It doesn’t get much easier than that!  Compared to the “old-fashioned” ground potato version that I also made today, the Hash Brown Potato Kugel didn’t brown on top quite as nicely as the tried and true fresh potato one – but it did have beautiful crispy edges. 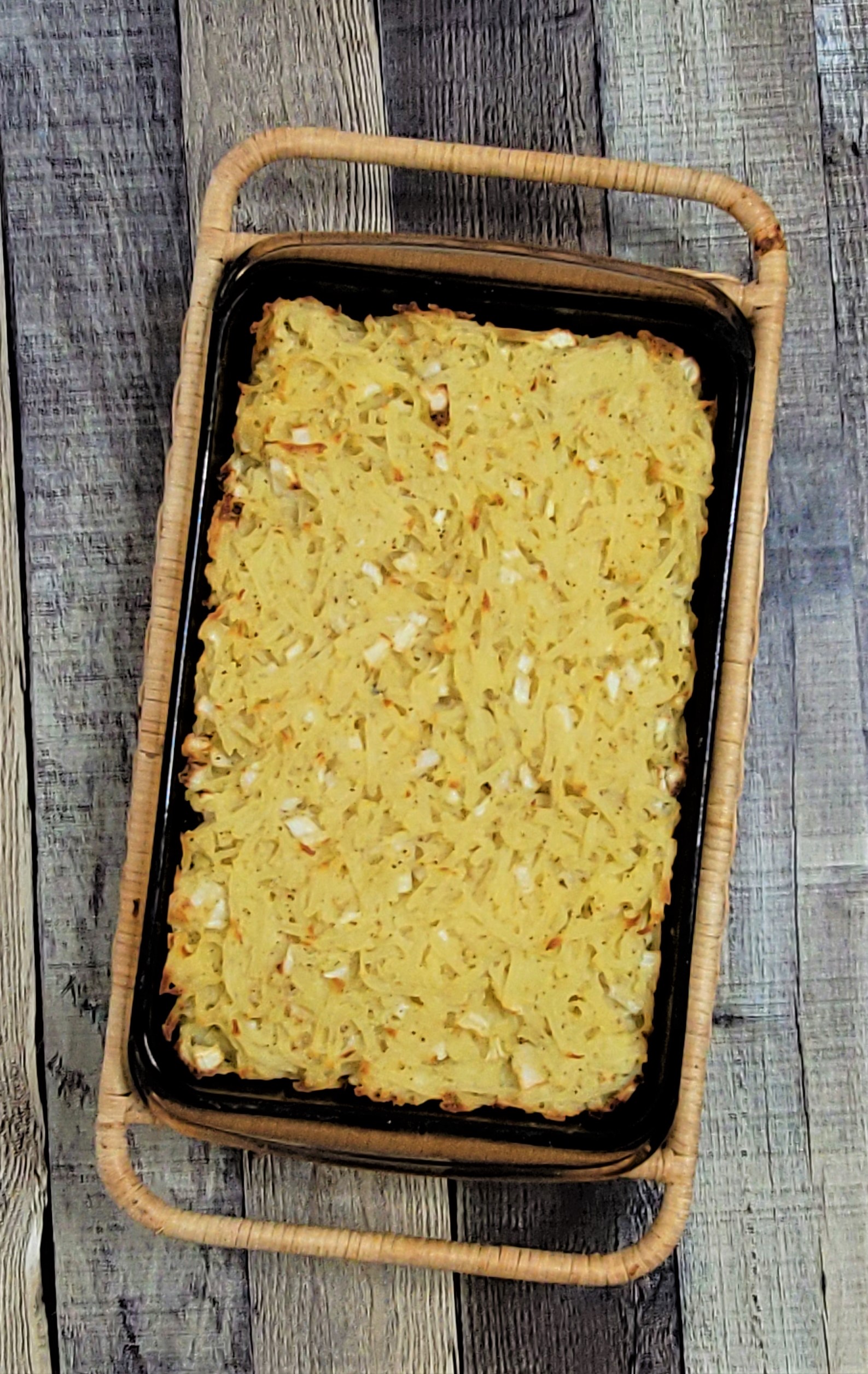 I guess as you might expect, scratch is best but if you need a terrific shortcut – Hash Brown Potatoes is the answer.

And now for the recipe

Place all the ingredients in a large bowl.

Mix until thoroughly combined, then transfer to prepared baking dish.

Bake for 60 minutes until golden brown.

For a thicker kugel, you can use a slightly smaller pan.  Baking time would still be 60 minutes.

Simply Potatoes are found in the refrigerator section of your grocery store, usually near the eggs.  If you are using another brand of frozen hash browns, make sure to completely defrost and drain them before using.  You do not need to drain the Simply Potatoes brand.

You can make interesting flavors of Hash Brown Potato Kugel by using other flavors of hash browns, such as Southwest flavor.

If using another brand of hash brown, or frozen hash browns, make sure to defrost them before using.  Additionally, try to get as close to the 2 1/2 pounds of hash browns as possible.

You can make this recipe completely plant based by using an egg substitute such as Just egg. 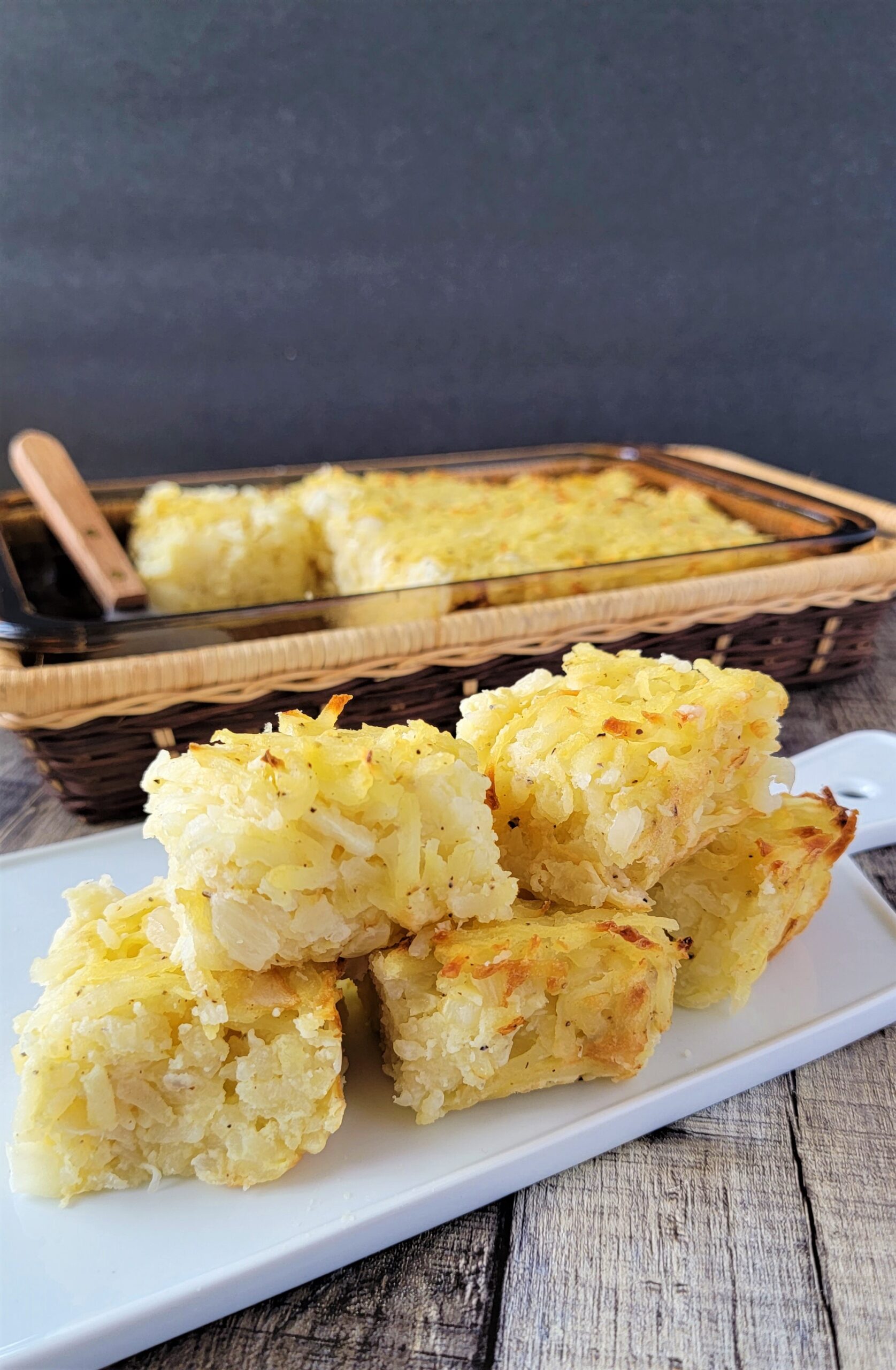 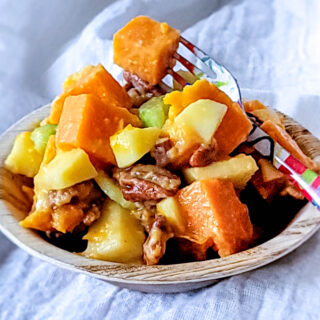 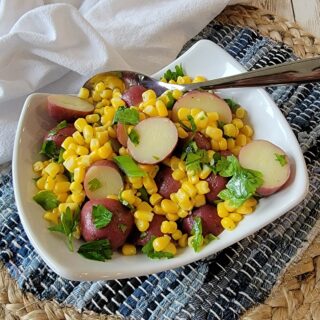 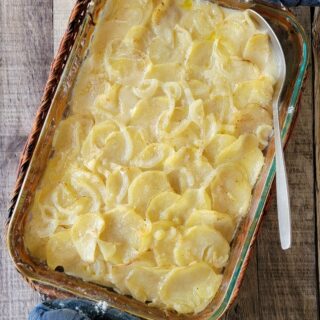 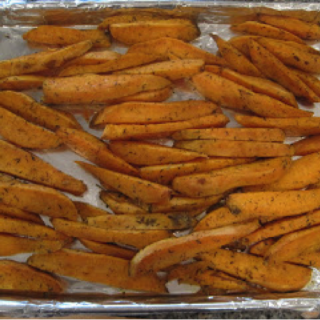 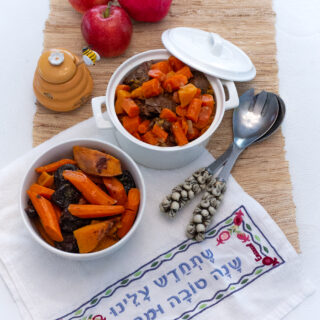 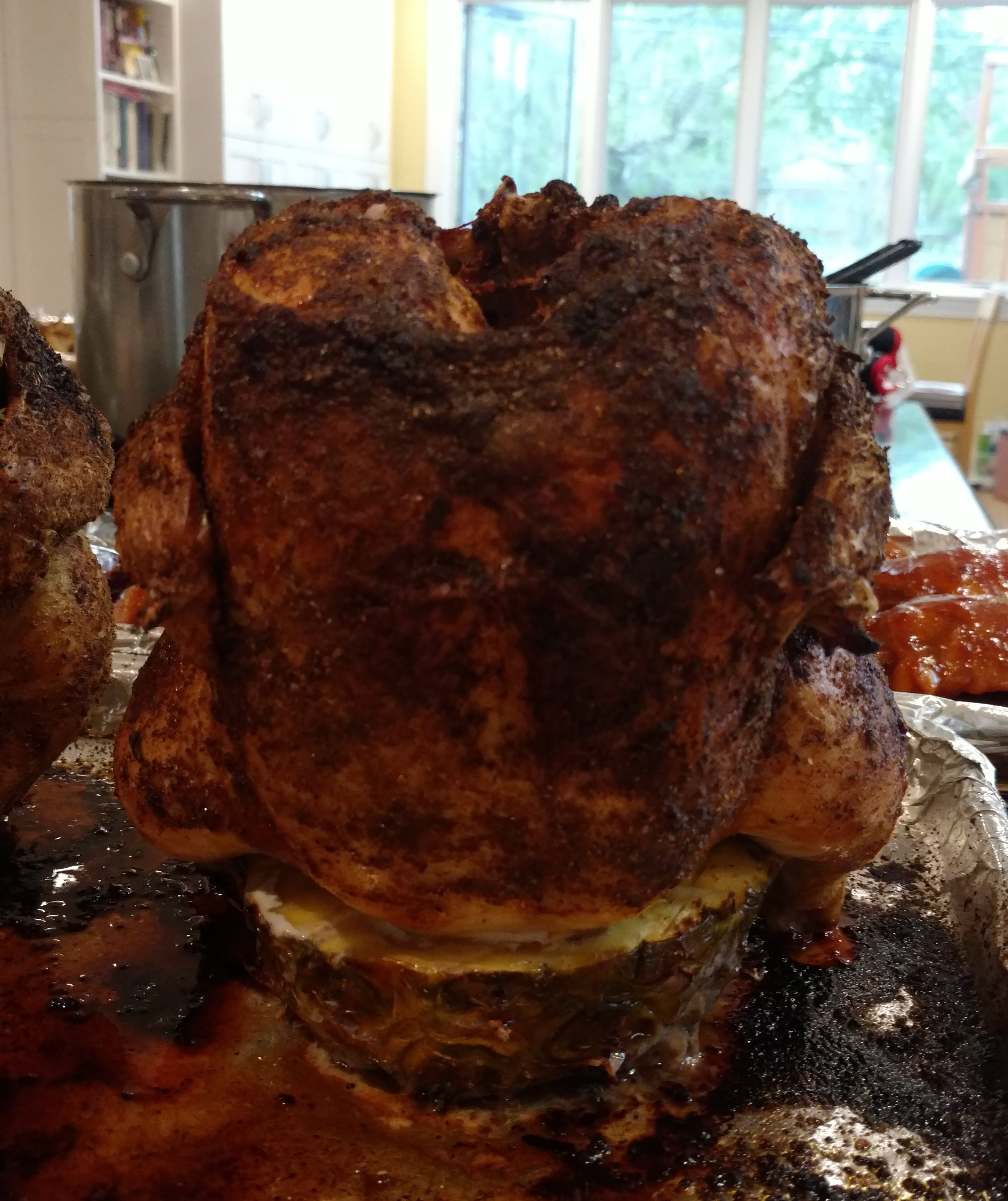 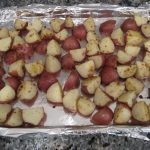 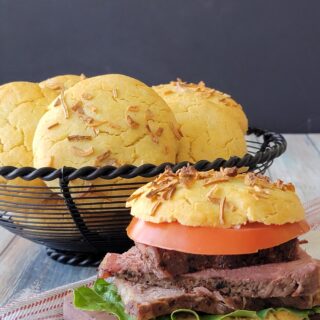 ARE YOU LOOKING FOR A GLUTEN FREE CHALLAH RECIPE?

I often get request for my Gluten Free Oat Challah Recipes.  I developed three different recipes that can be braided, washed and benched upon.

The first is my Original Oat Challah recipe.  It’s simple, not too sweet and delicious.

The second is my Honey Oat Challah Recipe.  It’s a reader favorite!  It’s sweet, easy to make and braid and delicious too!

The third is my Water Oat Challah Recipe.  Completely plant based and vegan, you can still braid it and wash and bench.  It’s lighter than the other two recipes and easy to make.

Here are the recipes:

**Note – Hash Brown Potato Kugel was originally posted on Kosher Everyday in September, 2012.  It has been updated September, 2022.