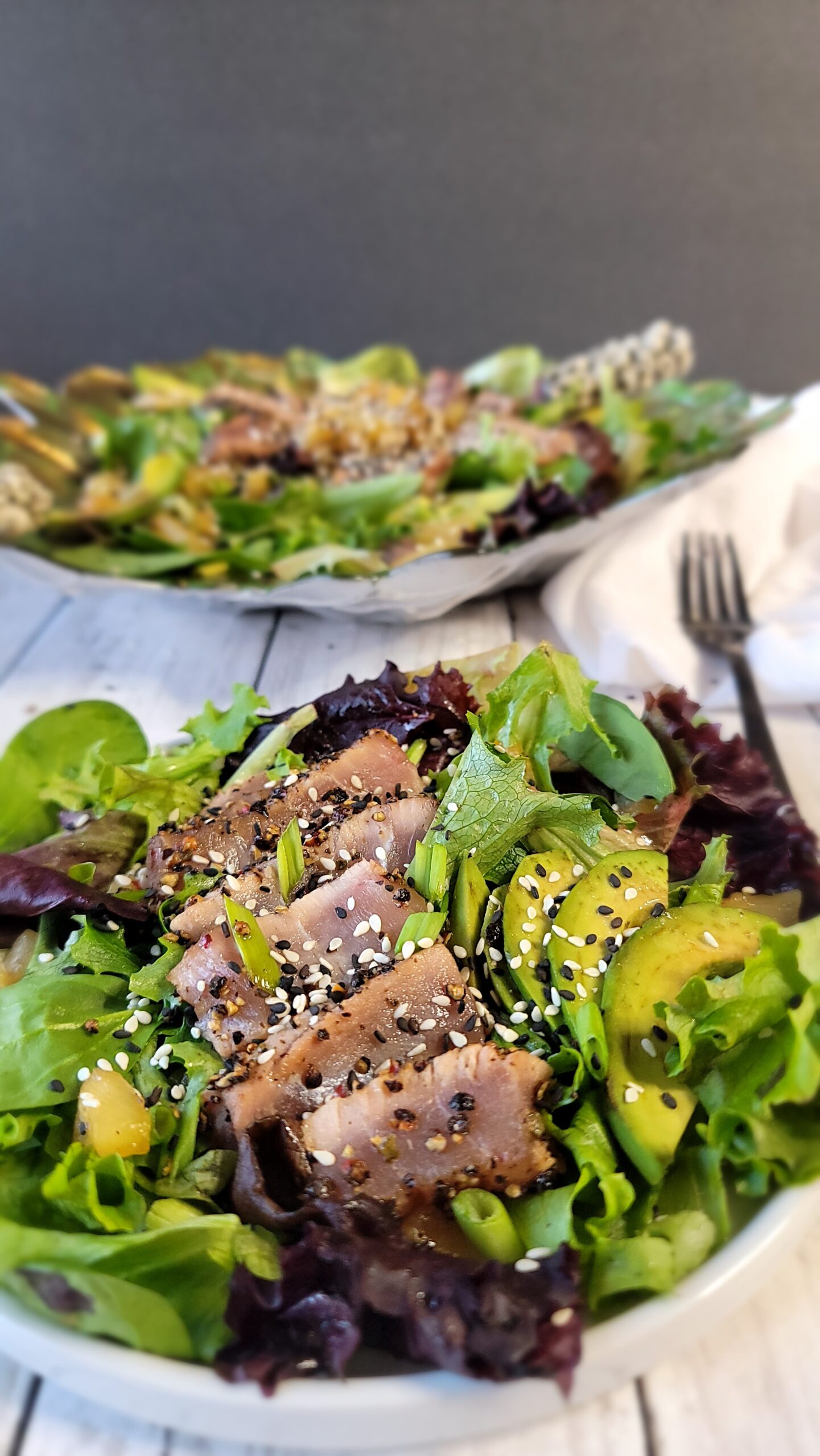 All About the Pepper Crusted Tuna

I have a problem.  I want to tell you all about where I specifically first came up with making Pepper Crusted Tuna Salad, but I can’t.  The problem is that I originally found this salad at a restaurant in Florida at the time that Dear Son was marrying Dear Daughter-In-Law.  It was at a Kosher restaurant near where we were staying.

It was scary amazing. 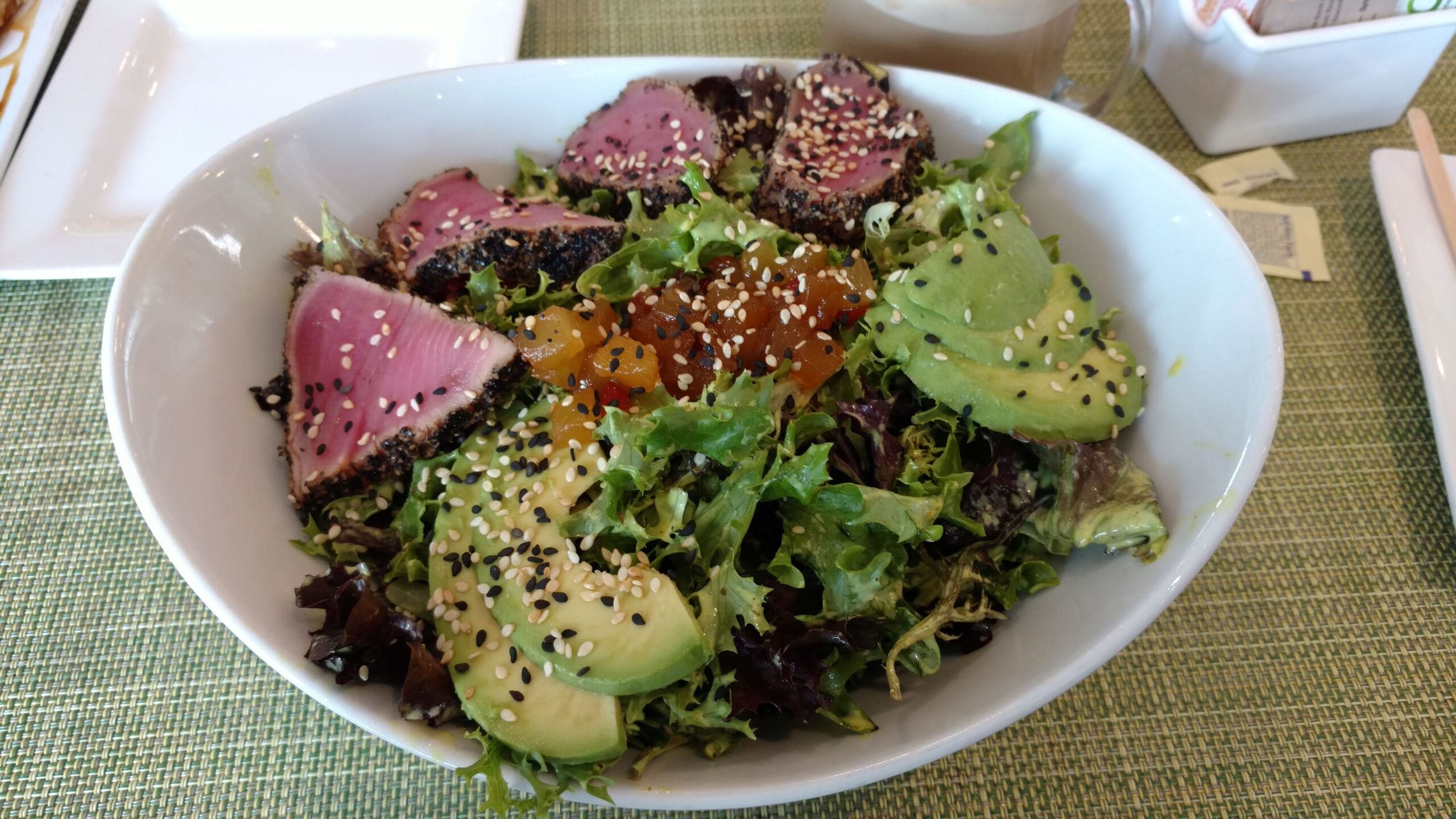 The Original Pepper Crusted Tuna Salad. Simply the best salad on the planet…or at least it was….

I literally ordered this salad every single day that we were in Miami.

It was that good.

And now, tragically, I can’t tell you the name of the restaurant.  I’ll tell you why.

To read the whole Pepper Crusted Tuna Salad Saga and why good customer service is so important click here.

And now onto happier subjects

I know that the restaurant is in the Miami area and I’m a #Chicagogirl, so I can’t order the salad from the restaurant daily like I did when I was in Miami. The good thing is that when I got home after the original trip I immediately started to try to replicate the original salad.

Replicating recipes is one of my favorite things to do on the planet.

So…I started with some basic ingredients. 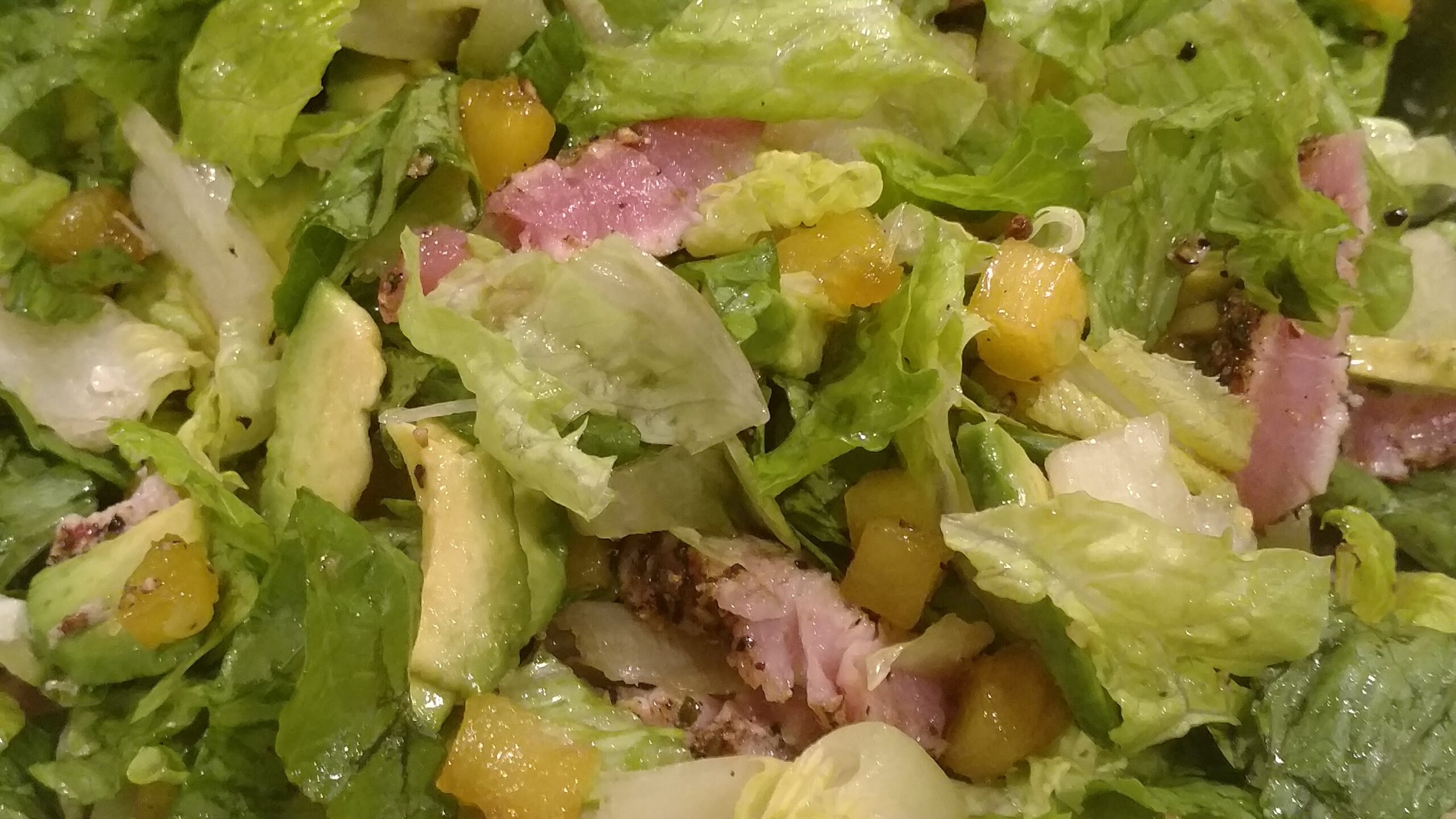 First attempt at Pepper Crusted Tuna Salad. It was good, but the lettuce wasn’t quite right and it still needed a little work.

It was good, but it still needed a little work.

I’ve been working on it ever since. 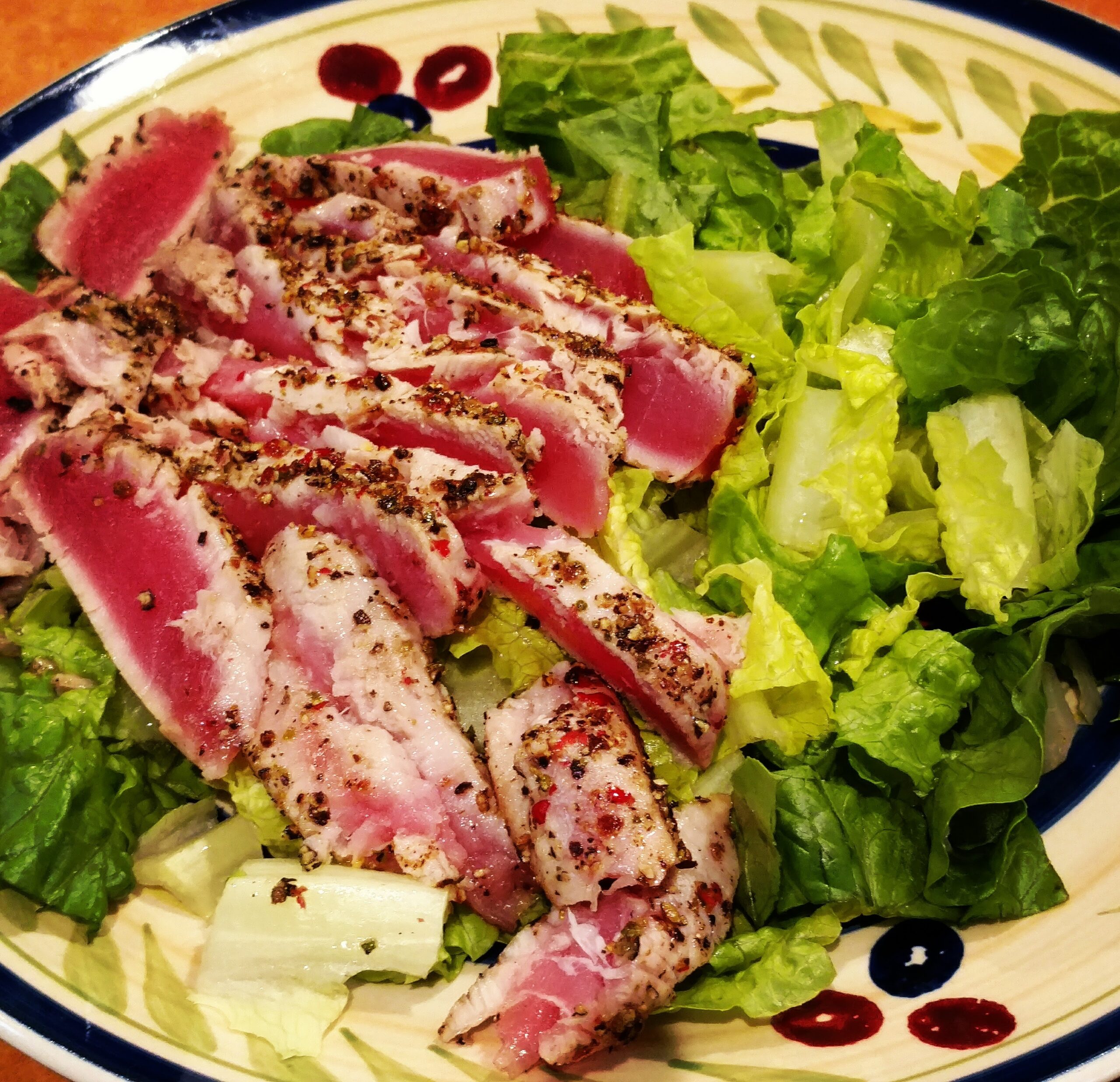 And then the salad debacle happened

I’ve been wanting to post this recipe for a while.  As someone who tries to be ethical, I debated whether it would be ok to post a recipe for a very specific item from a restaurant.

Rather than come to some conclusion, I just put it off.

Now I feel no inner conflict about publishing the recipe.  Theoretically, the salad I loved doesn’t even exist anymore.

I wanted the recipe to be as close to the original as possible.  Here’s what I did.

Good sushi grade tuna should be dark pink in color and firm to the touch.

It can be a little hard to find good quality, Kosher, sushi grade tuna.

I found some beautiful tuna at what used to be Hungarian Kosher, now Sarah’s Tent.  In the latest iteration of the recipe, I used tuna from the Kosher fish department of our local grocery store.  It wasn’t as nice.  It was darker and wasn’t quite the quality I was looking for.  I used it anyway as sometimes it’s hard to find good, Kosher, sushi grade tuna.

I tossed a bunch of colorful peppercorns into a large Ziplock bag, sealed it, then pounded the heck out of them with a kitchen mallet.  It was very cathartic.  The peppercorns weren’t dust but very large granules.

I brushed the steak with a little bit of sesame oil, then pressed each side into the peppercorns until it was completely coated. 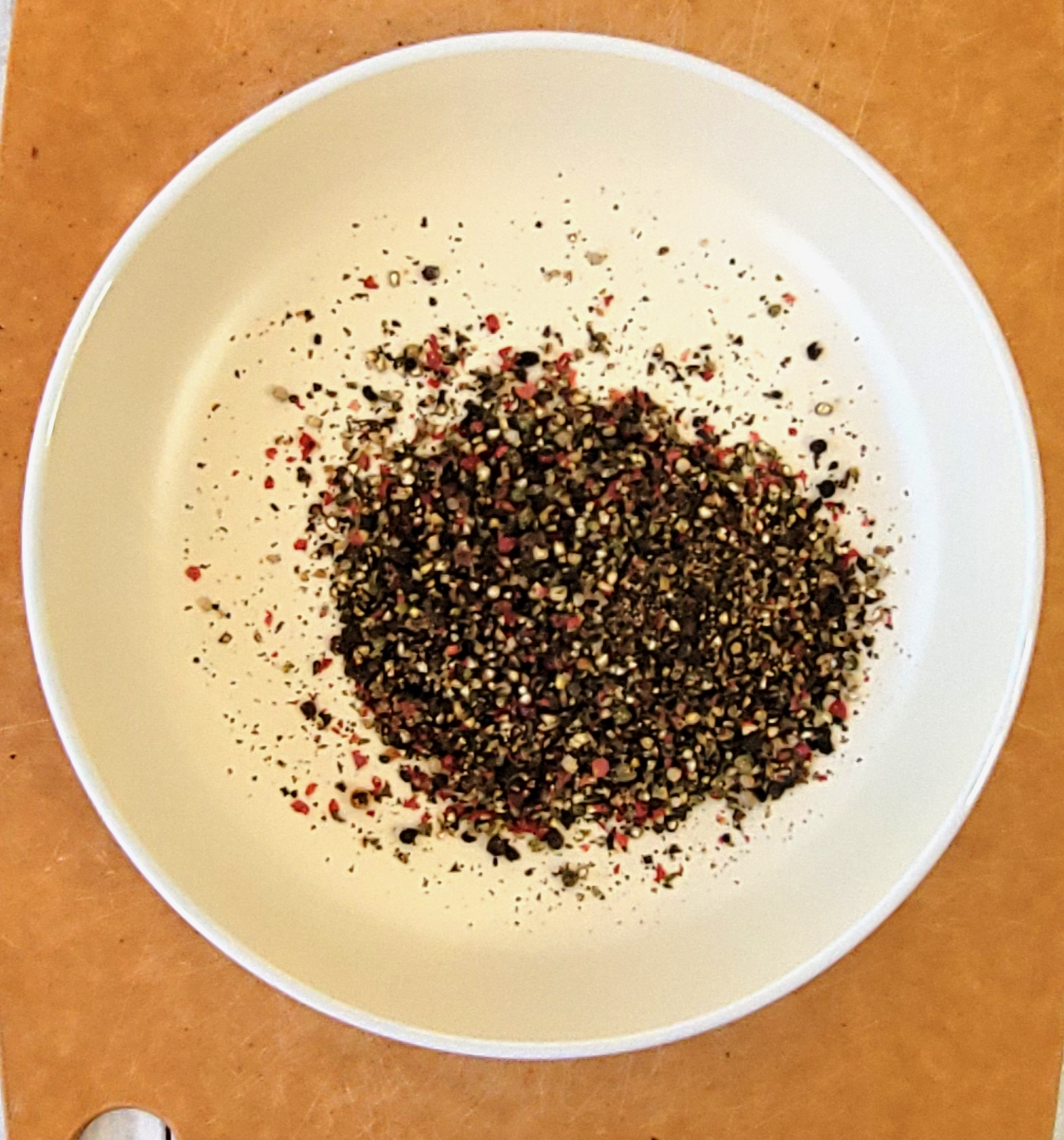 Crushed Peppercorns don’t need to be crushed to a fine powder. A coarse grind is best.

When searing the tuna you want to use a very hot skillet and a little bit of oil.  Each side of the tuna only gets seared for two minutes or so, making sure not to overcook it.  The tuna must maintain a “raw” pinkness in the center or you get what I described above…cat food.

Which would be a shame considering how expensive fresh, sushi grade tuna is. 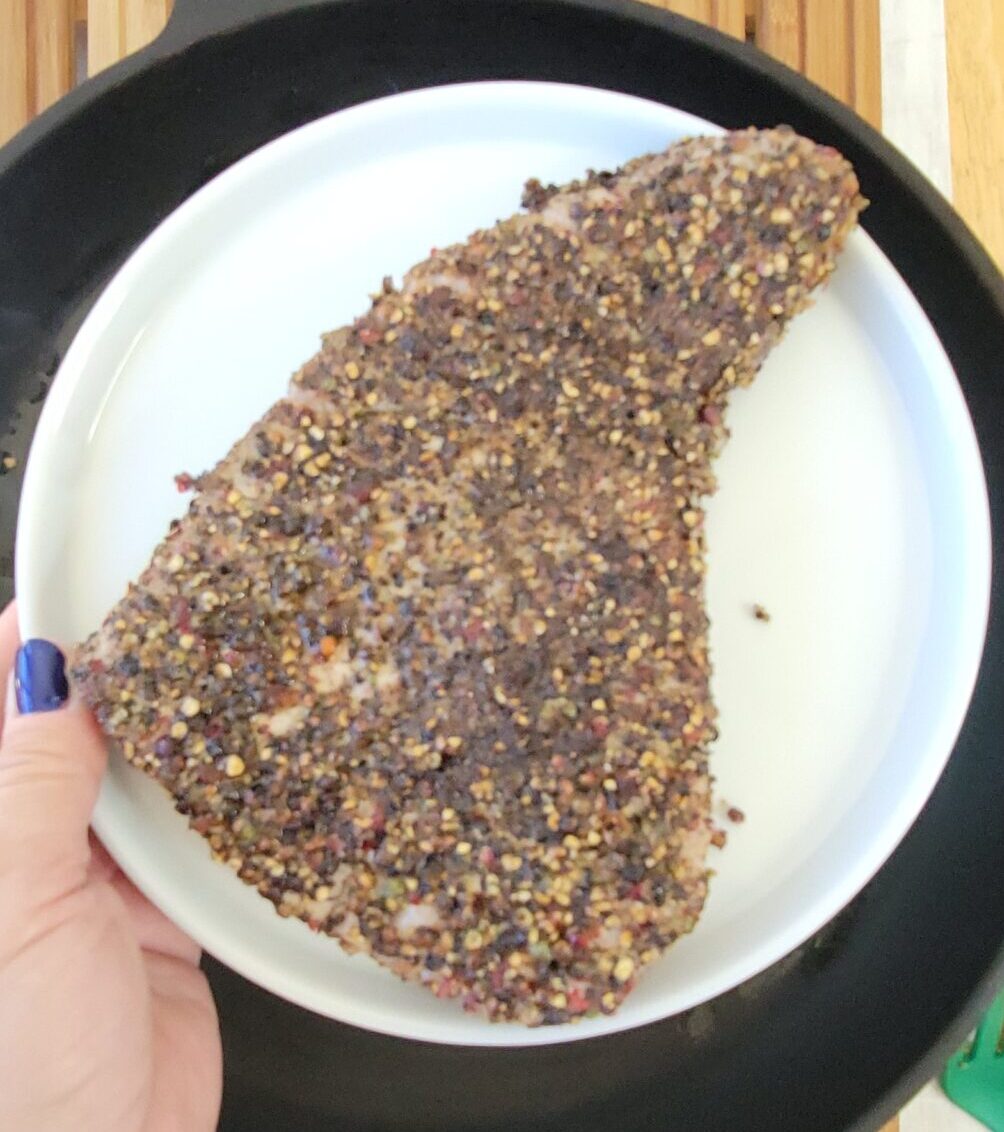 This is a large seared tuna steak. You can use two smaller steaks if you like, just make sure not to overcook them.

It’s important to cut the tuna against the grain.  You can see the grain by the white lines that run across the tuna before you coat it in the peppercorns.  Once you’ve determined which direction, make sure to cut the tuna, not in the same direction as the original lines, but against them.

I’ve made the caramelized pineapple using fresh pineapple that I diced by hand, and canned pineapple tidbits.  I’m using the tidbits in this recipe because it’s just so much easier.  If you have leftover pineapple, simply dice it into small pieces.  It’s a good way to use it up. 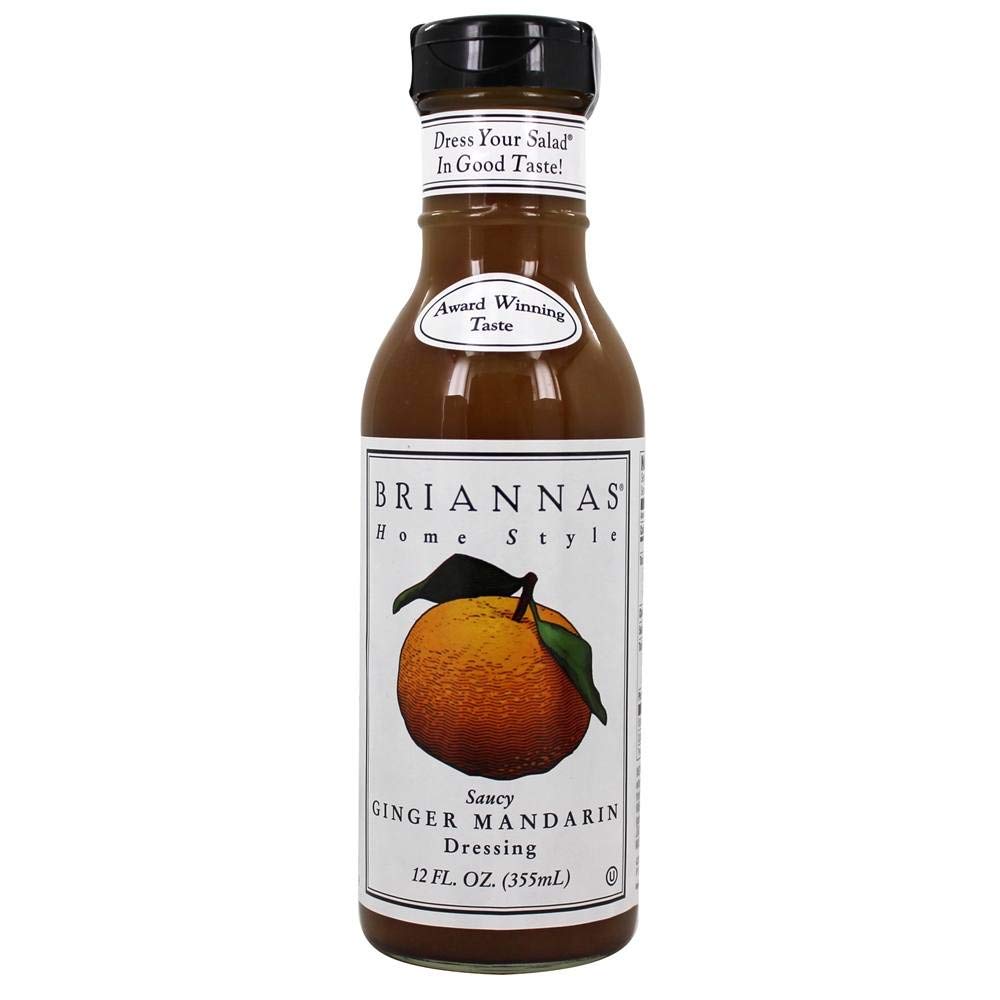 The original restaurant salad had black and white sesame seeds sprinkled over the top.  It also had some sort of weird seaweed thing that never appealed to me, so I left it out (here and when I used to order the salad).

You can plate the salad on individual plates, or in a large bowl and let everyone dig in.  Totally up to you. 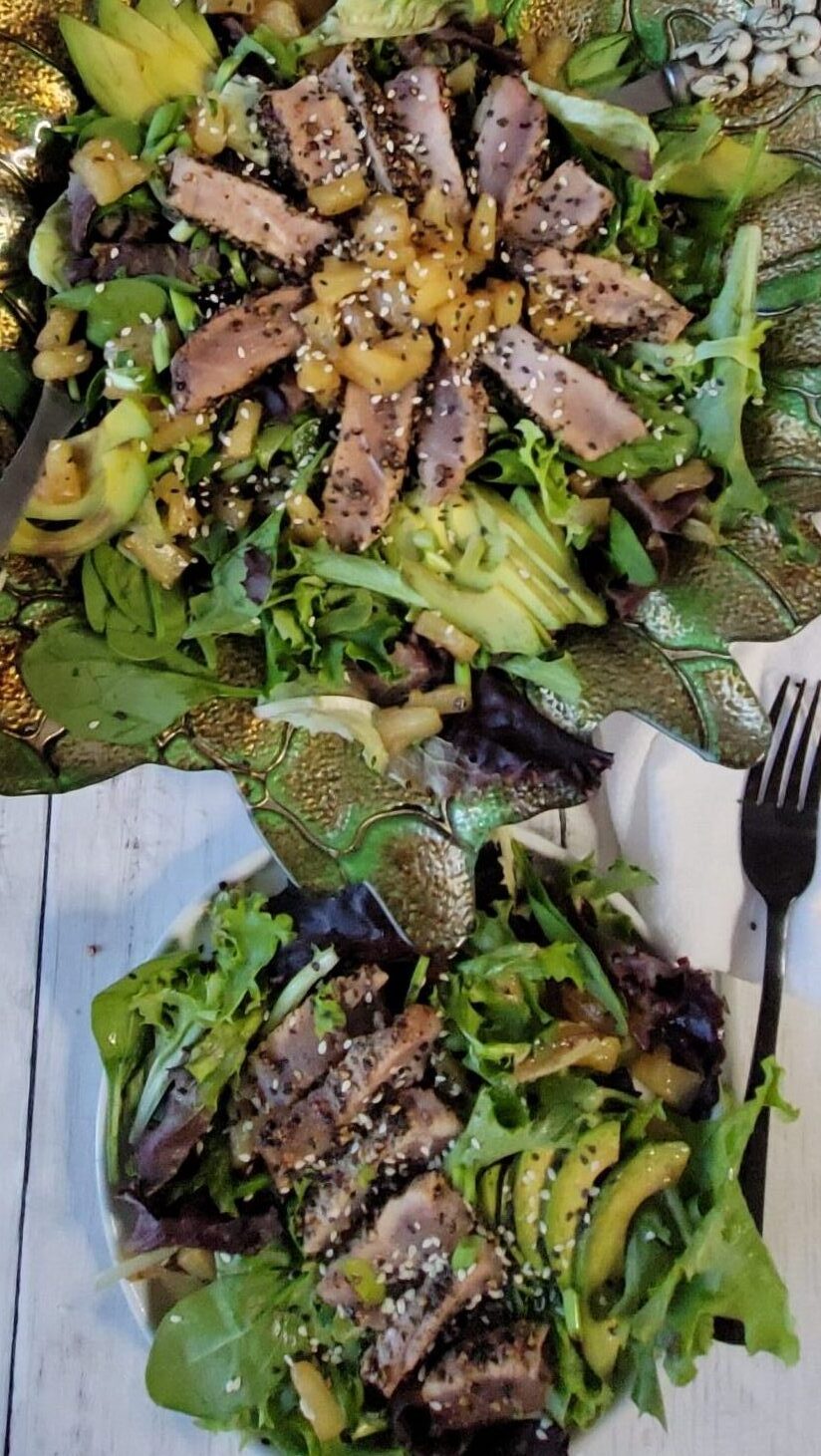 You can serve the Pepper Crusted Tuna Salad in a large bowl or individually plated.  The tuna shown in the larger bowl is a little well done…it cooked a little longer than I would have liked due to photographing lol.

You can use two smaller tuna steaks if you like, just make sure not to overcook them.

You can use 1 tablespoon of tuxedo sesame seeds instead of separate black and white sesame seeds.

If you have fresh pineapple, you can dice it into small tidbits and follow the recipe for sautéing the pineapple. 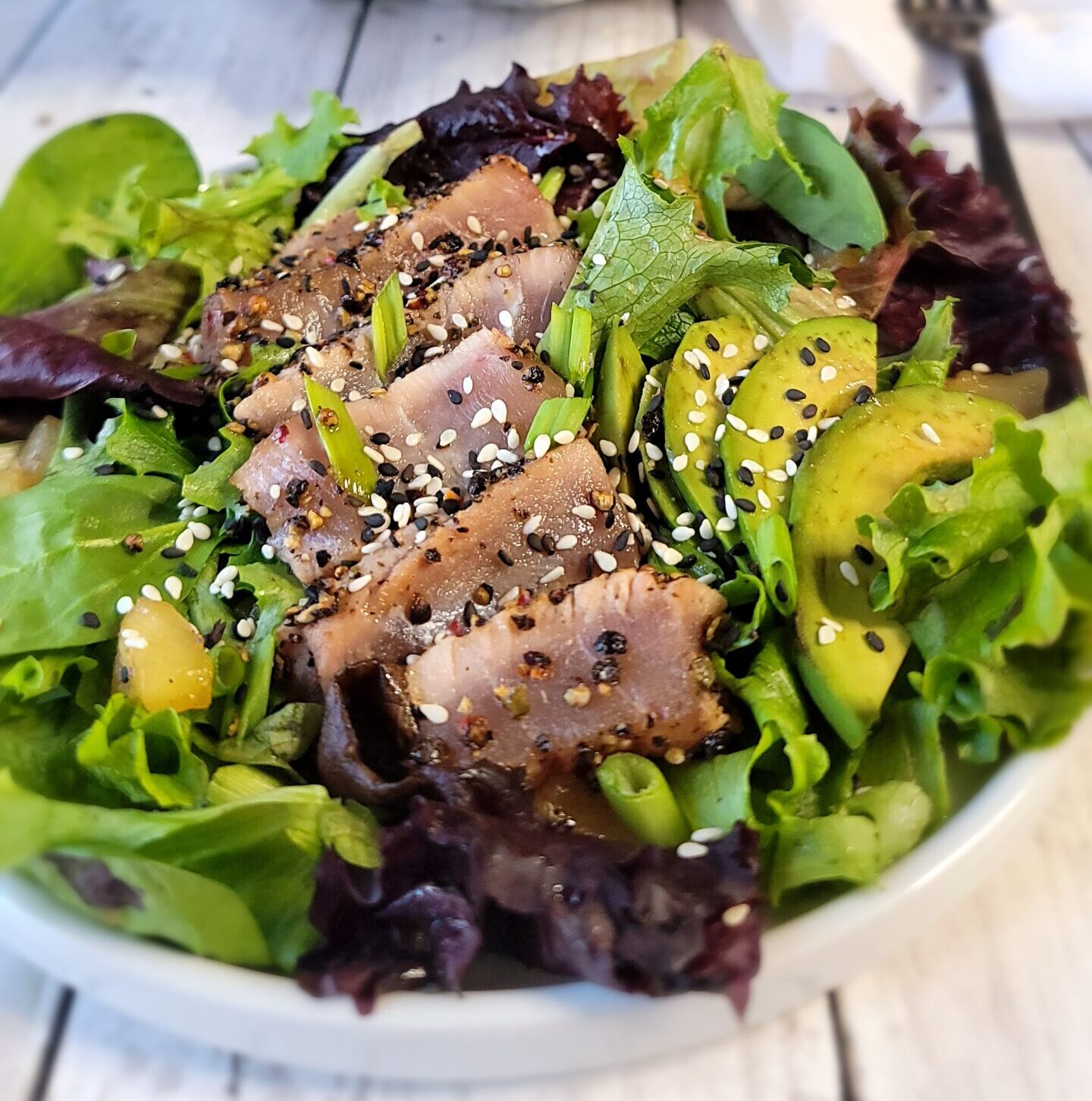