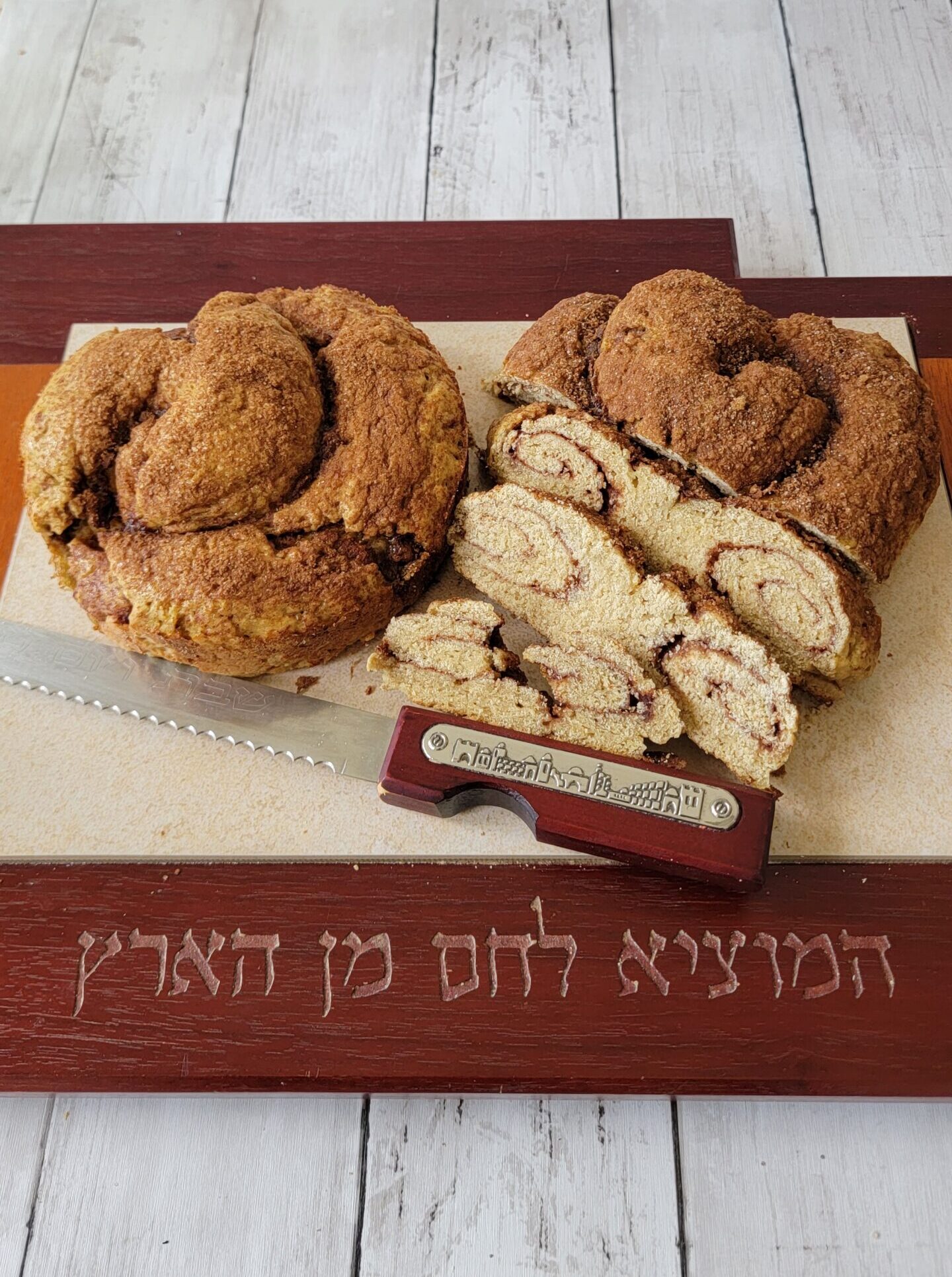 Cinnamon Roll Challah. Check out how it looks like a cinnamon roll when you cut it open!

As a Food Media Developer (read: I work with food media), I frequently get asked what I would recommend to make Rosh Hashanah and other Jewish Holiday foods special.

This year in particular, I’ve felt the need to be a little more creative with my Rosh Hashanah ideas.  I think it’s primarily because, after staring at the same four walls for more than a year, I need to do something that “Sparks Joy” in my food.  The same old, same old just won’t cut it.

I spent a lot of time figuring it out.  I came up with a bunch of super cool, innovative recipes that hadn’t been done before.

At this point everyone knows that I spent a lot of time developing three different gluten free Oat challah recipes.  They are all over 51% gluten free oats so according to “most” Rabbis (as your Rabbi what works for you) say you can wash for “hamotzi” and “bench” (say Grace after Meals) on these challahs.

What’s also cool about these challah recipes is that you can braid them!

While I strongly recommend using vinyl (not latex, not neoprene, not plastic) disposable gloves when braiding them as the dough doesn’t stick to vinyl for some reason, you can braid the dough from these recipes into your favorite challah shape. 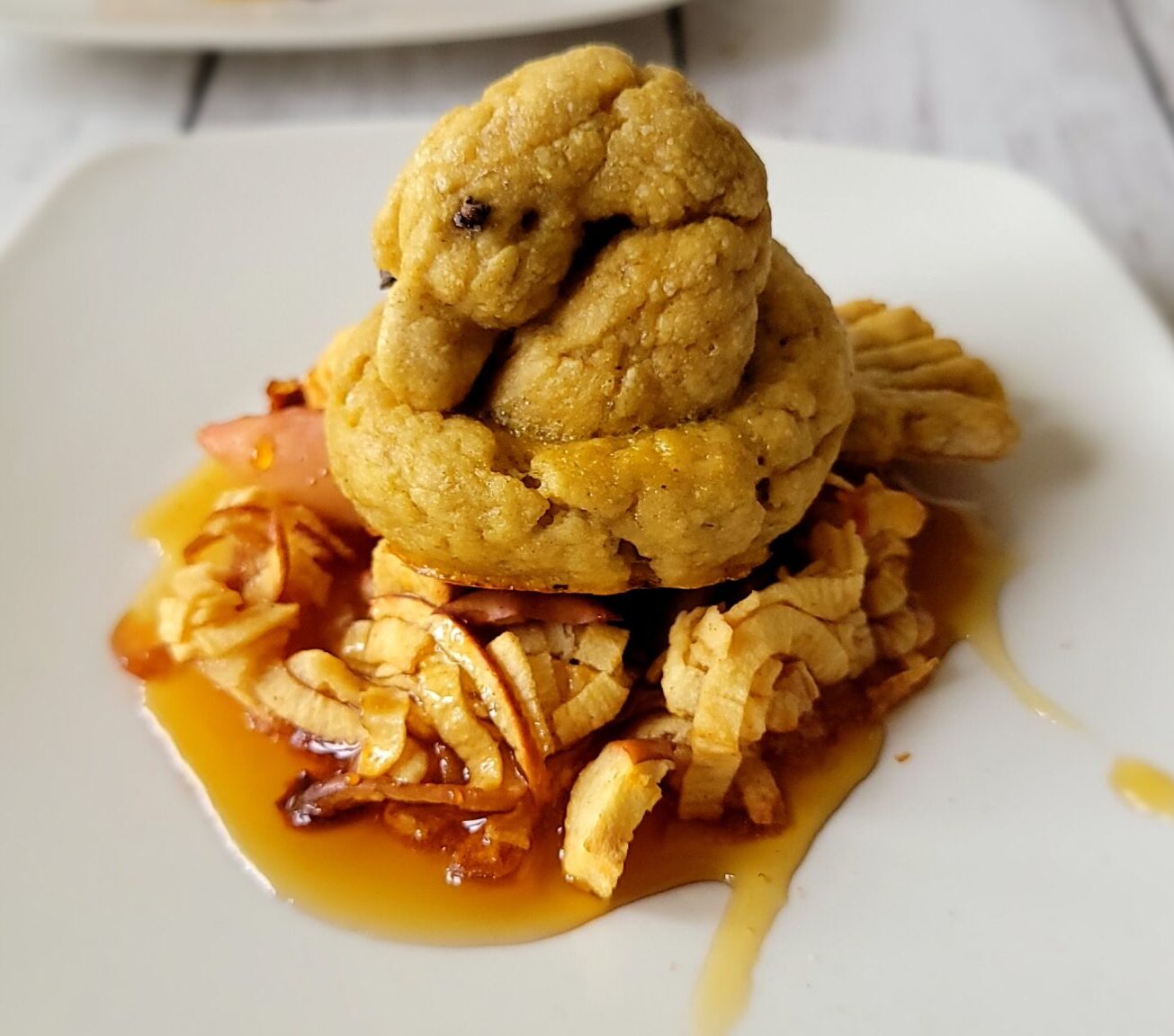 These are the Gluten Free Oat Challah recipes:

While the Challah Birds are super stunningly gorgeous (ouch…my arm!), I knew that I still needed a fun and delicious recipe for the more traditional round challahs that are eaten on Rosh Hashanah, and the rest of the Holidays during the “High Holiday” season. 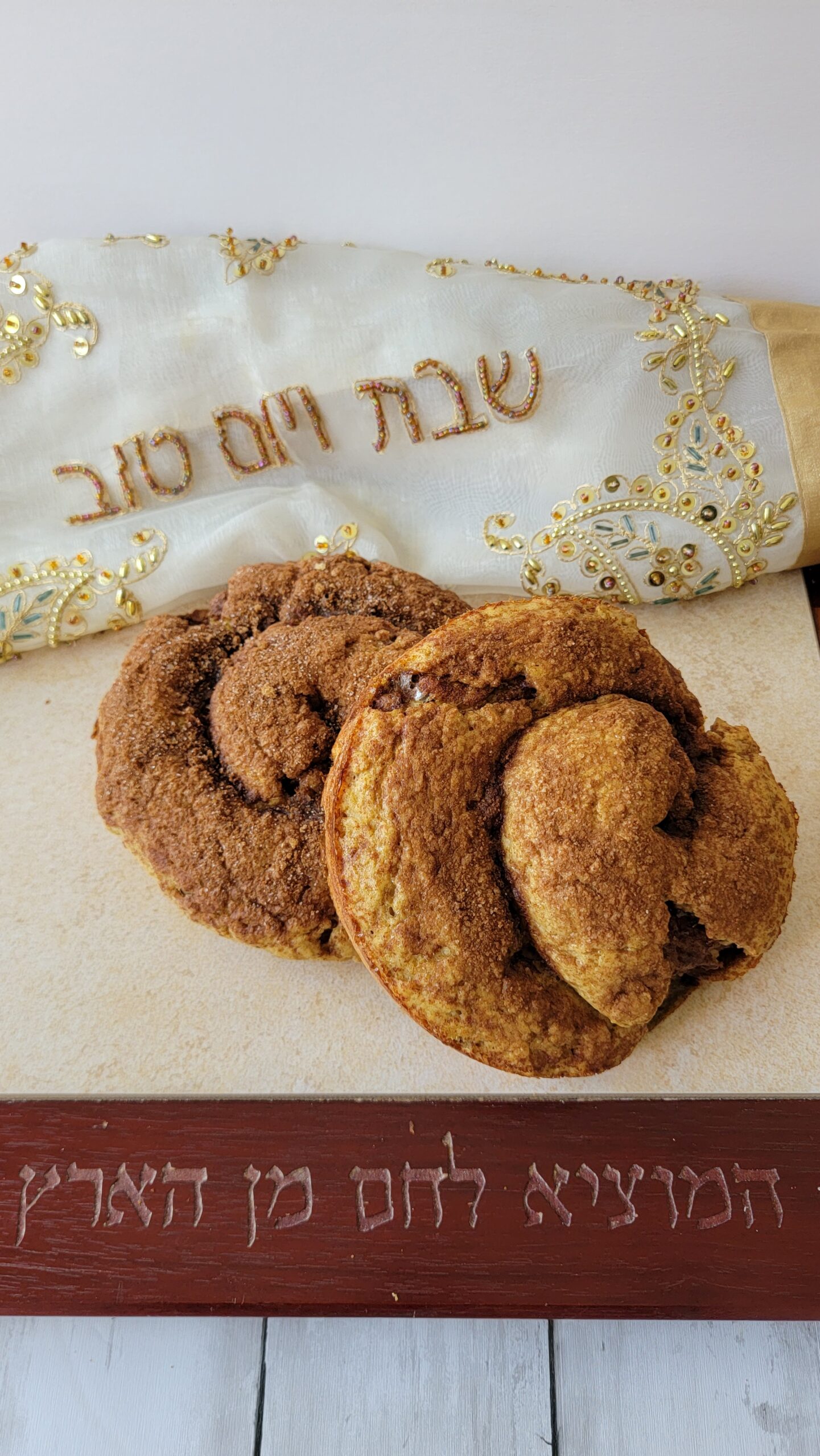 Beautifully round for Rosh Hashanah! 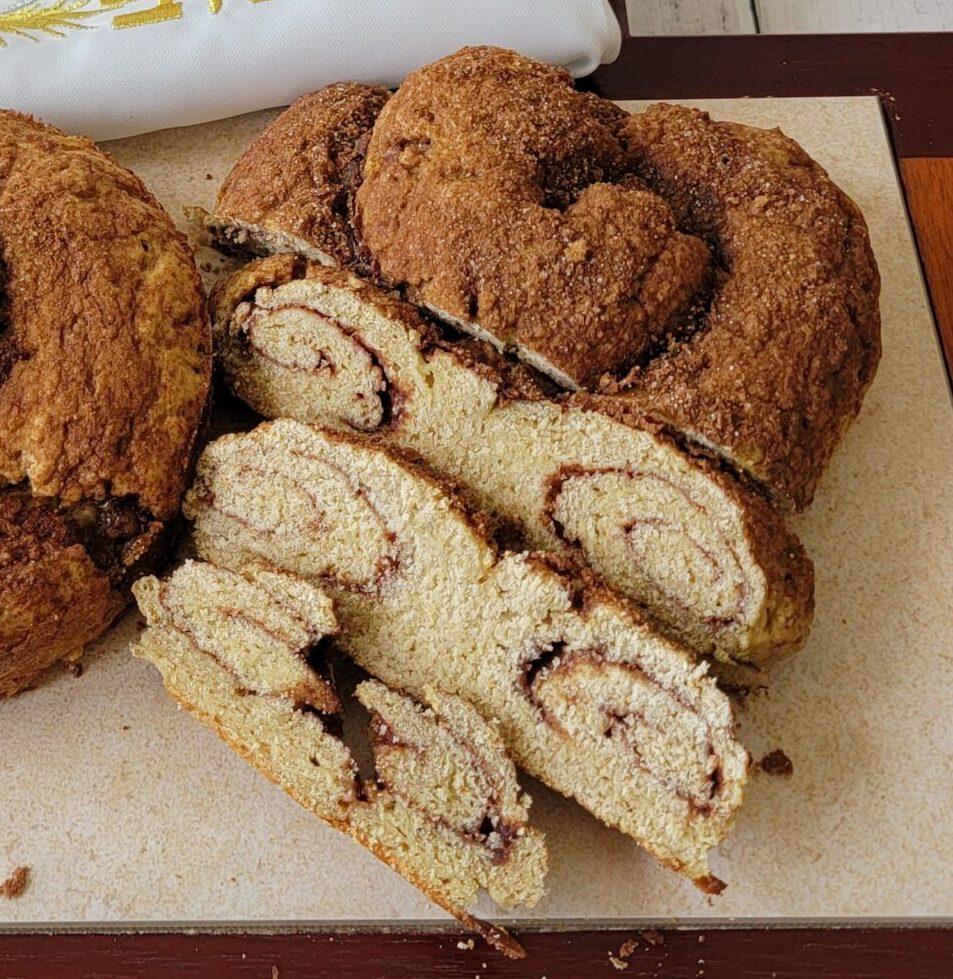 The inside of a Cinnamon Roll Challah. The inside really looks like a cinnamon roll.  And…check out the sweet, cinnamoney top!

Here’s the recipe.  Remember, you can use any one of the gluten free oat challahs that I linked to above, and you can also use your favorite glutenous traditional challah recipe as well.  Of course the textures will be different between the oat challahs and the traditional…but you already knew that.

Cinnamon Roll Challah adds a special warm and welcoming festiveness to your Rosh Hashanah Meals.  You can smell the cinnamon challah baking and it’s the harbinger of New Year traditions.

For the Cinnamon Roll Filling

For the Challah Dough

Spray two 7-inch or 8-inch round pans with nonstick baking spray.  Set aside.

For the Cinnamon Roll Filling

In a small bowl combine the sugar, brown sugar, cinnamon and nutmeg.  Set Aside.

For the Challah Dough

Roll a piece into a large rectangle.  Sprinkle 1/3 of the cinnamon roll filling over the dough.

Tightly roll the dough up jelly roll style, pinching the ends.  Twist the long dough into a circle and place in one of the prepared round pans.  Cover with plastic wrap.

Repeat with the remaining 1/2 pound of challah dough.

Allow the dough to rise in a warm location for 60 minutes.

Uncover the challahs, then brush with egg wash and sprinkle the tops with the remaining cinnamon roll filling.

If you have a convection oven you can have your dough rise on the proofing setting which is usually set at “bake 100°F”.

If using traditional glutenous dough, allow the dough to rise before shaping.

Here are some links to more wonderful Rosh Hashanah recipes!

What recipes would you like to see for this upcoming Rosh Hashanah?  I’d love to get your feedback?

What are you making for the Holiday?

While the Rosh Hashanah Giveaway may have ended please make sure to visit the awesome companies that participated!