Jump to Recipe·Print Recipe
When I’m not here at home in Chicago, my favorite place to be in the whole wide world is ISRAEL!!  When the plane lands at Ben Gurion airport, I really feel as though I’m coming home to the land of my ancestors!  I love the holiness of Yerushalayim – praying at the Kotel, visiting lifelong friends that have moved to Israel and made Aliyah, and of course being able to eat in nearly every restaurant in Jerusalem – because they’re almost all Kosher!  We love going to the outdoor shuk – Machane Yehuda, with its crazy chaos and amazing and unusual foods at bargain prices.  Even going to the local grocery store the Supersol (yes…I did remember to bring my Supersol frequent shopper card with me!) is an experience checking out all the new and interesting products as well as the familiar ones (like Heinz ketchup and Wacky Mac with Hebrew labels!).
Last week I had the privilege of going to Israel with my son.  It was an incredibly short trip – less than a week in Israel.  Our first order of business after checking into our hotel, is a family ritual – going to eat Shwarma!  I am a huge Shwarma fan, and no one makes Shwarma like Moshiko on Ben Yehuda in Jerusalem!  For those of you that don’t know, Shwarma is very similar to gyros. In addition to spit roasted lamb or turkey, the Shwarma’s in Jerusalem have your choice of hummus, charif (spicy sauce – we love charif!), and any combination of salads, pickles, french fries, and sauces – such as techina (I love techina!), all wrapped up in a large laffa (a huge pita like wrap).  I always ask for extra charif and techina and hope that the Israeli guys behind the counter don’t make too much fun of my Hebrew!  This year’s Shwarma didn’t disappoint – it was awesome!!  We even went back a second time the night we were leaving Israel!
After all the walking we did, I didn’t feel too bad indulging in a few Marzipan incredible éclairs and rogelach (the best I have ever had anywhere), Aroma’s excellent hot chocolate (made with pieces of milk chocolate on the bottom of the cup!), lots of pizza, the best spicy hamburger ever at the Burger’s Bar in the Old City (we were on a budget!), and incredible Asian Teriyaki Salmon Pasta at Spaghettis in the Mamilla mall.
Look for this sign for the best eclairs and rogelach in the world!!! 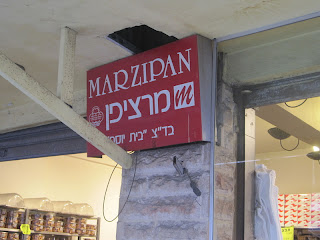 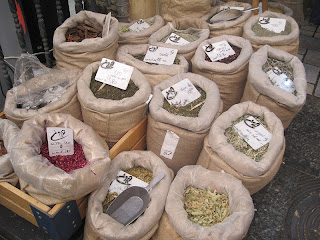 I told you the Asian Teriyaki Salmon pasta was awesome! 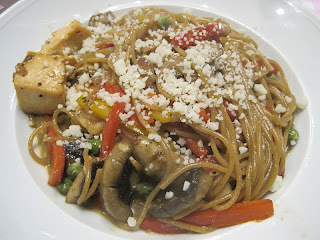 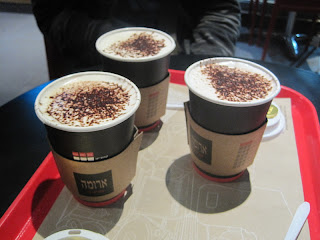 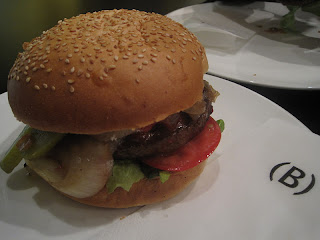 English words written in Hebrew…can you guess what this says??? 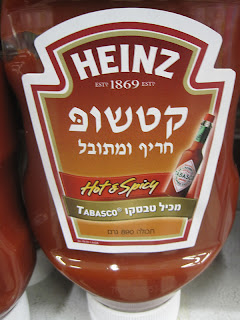 So, after such a short trip and not really being ready to leave Israel, I decided to bring a little bit of Israel to Chicago this week.  When shopping at the Supersol, we found packages of Shwarma Seasoning/Spices.  I was so excited I bought two!  Shwarma’s for the Chicago Matten family!!    I put together a whole Shwarma bar with chopped cucumbers and diced tomatoes (thanks Hindy Chopper!), hummus, techina, charif (of course!), pickles and French fries.  I cheated a little and made the Shwarma meat with dark chicken instead of turkey or lamb, because I knew it would cook relatively quickly and also was easy to get at my local butcher.  I coated the chicken with a little oil, a few tablespoons of the Shwarma seasoning, and baked it on a low temperature to keep it moist.
My family went crazy over them!!  They each got to pick what they wanted to put in their “Shwarma Laffa” just as if they were in Moshikos.  I had mine without the large laffa pita as a salad and it was still great.  Fantastic!  Now at least our family will have Shwarma’s to tie us over until our next trip to Israel!!

BTW….We also finally got to meet my favorite aish.com editor, Rabbi Nechemia Coopersmith, who kindly gave us a tour of the Aish Hatorah facility in the Old City, and showed us the spectacular rooftop view of Jerusalem.  The view is incomparable, and if you’re ever in the old city I strongly recommend taking the stairs up to the top of Aish.

Also…don’t forget to check out the Kosherfest product of the week below: Fast & Easy by Leah Schapria!!

All the ingredients to start…. 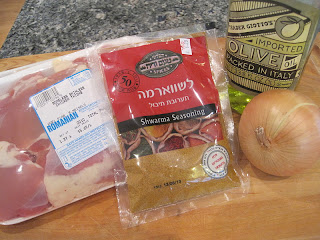 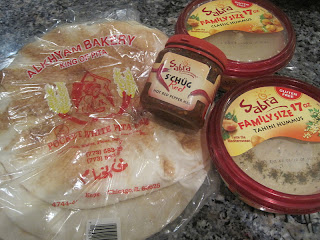 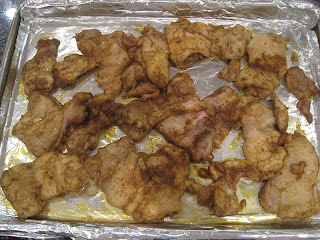 Sauté the onion until golden… 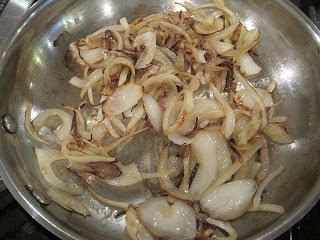 Dice the vegetables with the Hindy Chopper! 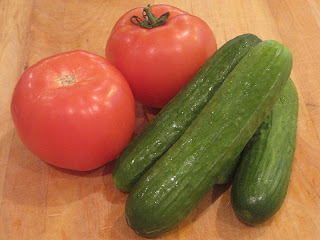 Cut up the chicken…. 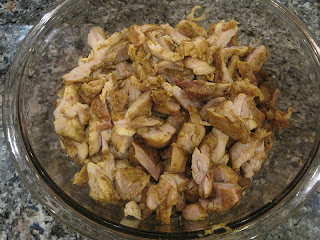 Is it Matten’s or Moshikos?
Can you tell the difference? 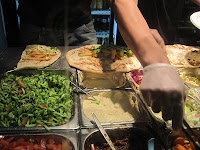 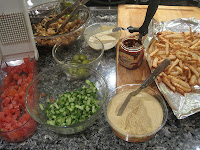 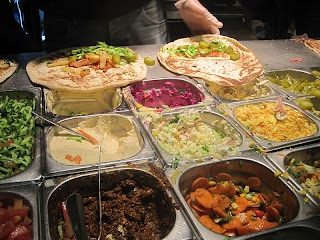 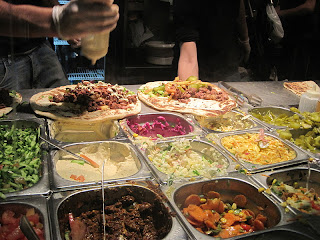 Here’s the Matten version you can try at home:
First hummus on the pita… 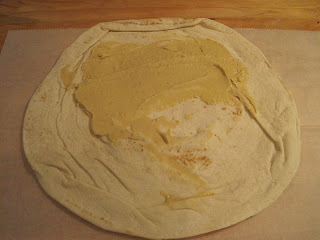 Then the schug “charif”…. 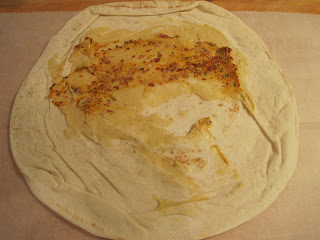 Now everything else!!! YUM!! 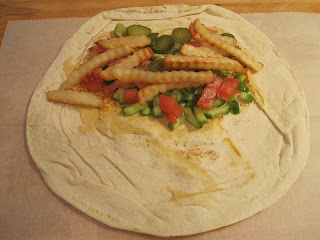 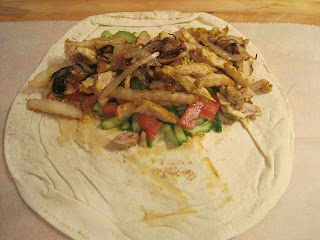 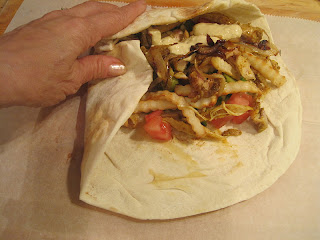 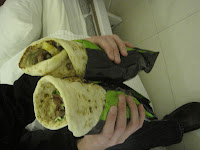 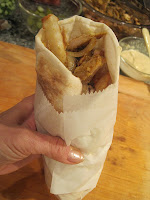 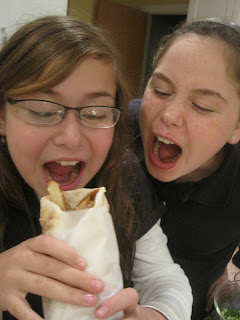 Kosherfest Product of the Week:  Fresh & Easy by Leah Schapira One of the most exciting aspects of going to Kosherfest 2012 was getting to meet the great Kosher food writers of our time.  I was privileged to meet and speak to Leah Schapira who was introducing her new cookbook: Fresh & Easy Kosher Cooking.  It’s a wonderful cookbook!  Each recipe is accompanied by a beautiful full page photograph, and every recipe is better than the next – mouthwatering and easy to make.  The recipes are also accompanied by useful notes and tips as well as interesting stories.
In honor of “A taste of Israel Week” in the Matten household I’d like to share with you two recipes from Fresh & Easy (reprinted with permission).  Next to Shwarma, what could be better than homemade falafel?  Leah Schapira makes it Fresh & Easy!!
Print