I was that mom.  When my boys were little I refused to get an x-box, Nintendo, Sega, or any other game system.  I was the “mean” mom who wouldn’t let her boys win an Olympic gold medal for sitting on the couch and exercising only their thumbs. They didn’t like it.  Fast forward a few years.  Nintendo came out with the Wii system where you theoretically have to get up and actually interact with the games. After much cajoling from all the kids we agreed to get a Wii for our house.  We figured (surprisingly correctly) that when the weather was crummy outside and the kids were looking for something to do with their friends they could play Wii tennis, or bowling, or basketball.  Fun right?  One of the concessions that we made to one of our older boys was to get a single “non-exercise” based Wii game, Mario Kart, that he could play with his friends when they came over.  For the un-Wii-initiated, in Mario Kart you have fun, sort of outrageous characters (Funky Kong) , that drive fun, sort of outrageous cars/carts/motorcycles (can you say Piranha Prowler?!!) and race against 11 other players along fun, nearly always outrageous race tracks.  Along the way players can pick up all kinds of crazy “weapons” to thwart the other players, like banana peels, vision obstructing ink, tortoise shells, bombs, and player shrinking lightning bolts – just to name a few. There are also obstacles along the race path – wacky characters, cows, ghosts, and big character smushing things.  It’s essential to stay on the road the whole time because if you lose control of your car, you end off careening into an endless abyss yelling “noooooooooooooooooooooo” – until the an imaginary game character gently places you back onto the track (usually in 12th place of course) and you continue on trying to finish the race – hopefully not in last place!   It turns out that I am terrible at Mario Kart.  I love playing (shame on me, right?) but I always seem to be running into the obstacles, getting hit by another player’s ink, bombs, or shrinking lightning, and just when I’m actually in first place I end up flying off into the endless abyss yelling “noooooooooooooooooooooo” and in last place again.  The best part – no matter how many times you crash or fall into the abyss you never die, you just come back to the game to try again.  I have even practiced by myself a few times (don’t tell my kids – I’ll be the source of endless ridicule) and when I do I sometimes manage to come in first place – but when “real-life” comes into play, i.e playing against actual opponents I’m lucky if I don’t come in last.
The last time I was playing Mario Kart I had an epiphany.  My lifeis Mario Kart.  I feel like I’m constantly racing with all kinds of crazy obstacles constantly being thrown in my path.  And just when I feel like I’m getting ahead and things are going according to plan, something happens and I’m flying off into an endless abyss yelling “noooooooooooooooooooooo”!!!  I’m secretly planning and “practicing” hoping that the next time I’m faced with a challenge I’ll be better equipped to handle it, but more often than not – “noooooooooooooooooooooo”!!!  This week B”H, I’ve been gently placed back on the track, hopefully not too far behind to continue with my life’s race.
One of my current challenges is getting to Minyan 3 times a day (ok, it’s really two you can theoretically combine Mincha and Maariv together).  I find it’s kind of like the Mario Kart banana peel.  You’re zooming along your day, actually accomplishing something, and then “woa!” got to stop and go to minyan!!  As there aren’t a whole lot of women saying kaddish in general, in a sad way it’s kind of nice when I have another woman with me at minyan saying kaddish.  I think it’s something that guys who say kaddish almost take for granted – they are surrounded by their peers, gaining support and strength from the “chevrah”.  So when my friend Leyla, who is saying kaddish for her Mother, comes to my shul and davens with me, it’s a real comfort.  There is strength and a sense of connection in two voices saying kaddish versus just one.  The added bonus is there is a friend to shmooz with between Mincha and Maariv (not counting dear husband!).  Recently Leyla was in Shul and was mentioning how she had been so busy that she threw together a super quick dinner of salad with grilled chicken.  She was short a bunch of ingredients for dressing so she grabbed a bottle of strawberry syrup, added some vinegar and poured it on the salad – and it was awesome!!  The syrup added the sweetness and flavor to the dressing – no additional sugar needed.  Thanks Leyla – guess what we had for our salad this past week because of your genius??!!  Grilled Chicken and Raspberry Syrup Vinaigrette Salad!!  I had some grilled chicken breasts left over from last Shabbat, found some super-delicious-in-season avocados at the mega fruit store, and had a gorgeous variety of mini heirloom tomatoes freshly picked from the Optimistic Garden.  Into the salad with some cut romaine they went.  I grabbed the bottle of raspberry syrup (that everyone has in their pantry but never knows what to do with), added some wonderful balsamic vinegar for additional “depth”, a little olive oil and had an awesome salad – just like Leyla said!  After the salad was completely gone from the serving bowl, sweet son actually said “Mom, don’t you need more pictures of this salad?” Confused I said “Huh?” “Well duh, the salad was amazing and I’m trying to get you to make another one!!”  I love it when things work out!!  I’m back on the track, and maybe, just maybe I won’t come in last….at least this week!! 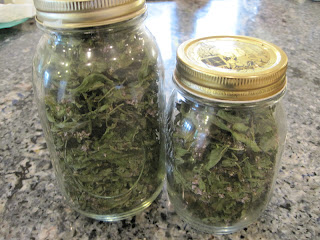